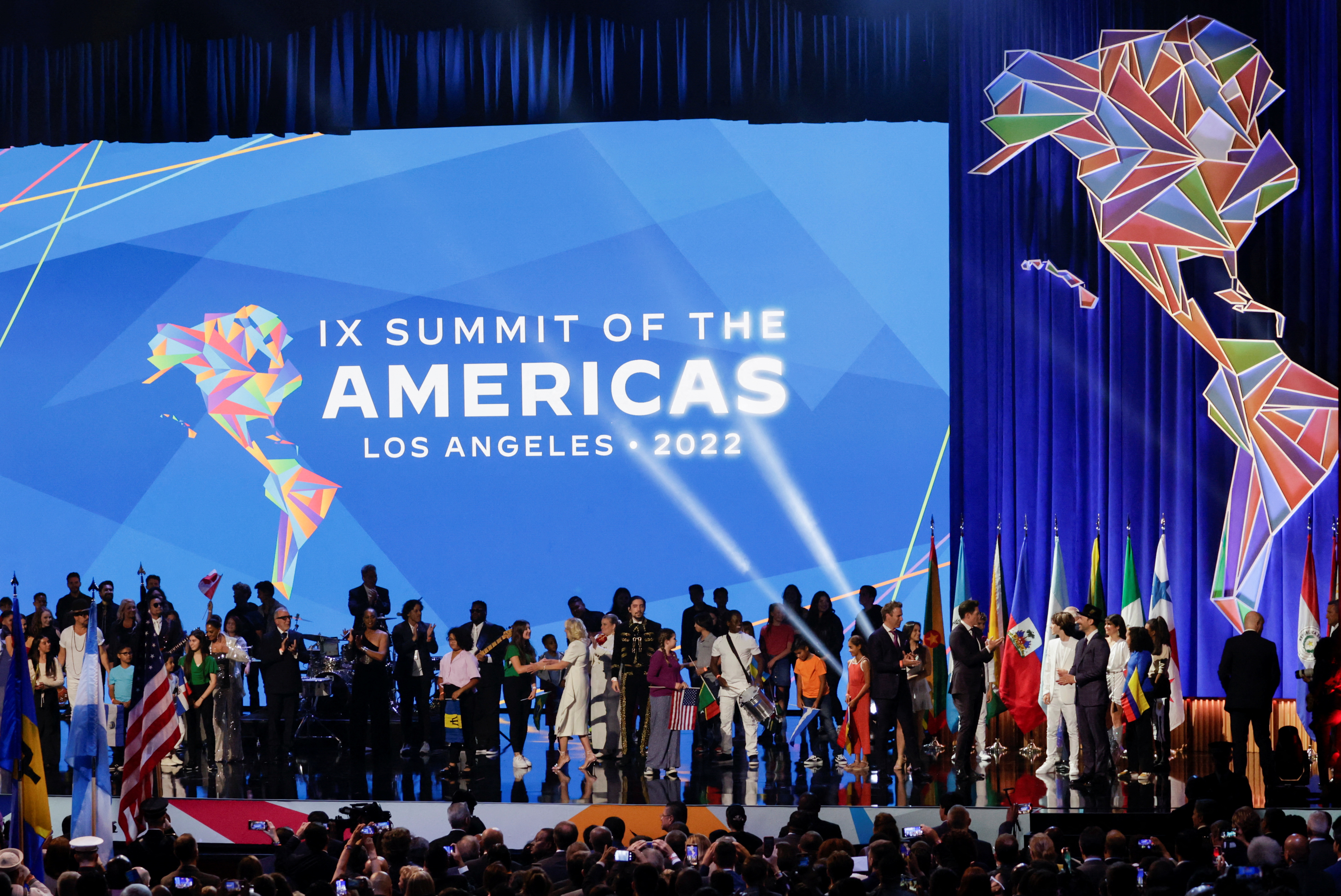 LOS ANGELES, June 9 (Reuters) – U.S. President Joe Biden on Thursday will lay out a pitch to leaders from the Americas for an environmentally-friendly economic partnership as he gears up for a first formal encounter with his Brazilian counterpart, a noted climate change skeptic.

Biden will meet Brazilian President Jair Bolsonaro at the Summit of the Americas in Los Angeles, a gathering intended to underline renewed U.S. commitment to Latin America after years of comparative neglect under the former Trump administration.

Pledging to help economies grow “from the bottom up and the middle out, not the top down” at the summit’s opening, Biden said renewable energy investment would be central to it.

“The American partnership will tackle the climate crisis head-on in the same mentality we’re bringing to the work in the United States,” Biden told assembled leaders. “When I hear climate, I hear jobs. Good paying high-quality jobs will help speed our transition to a green economy of the future.”

Biden hosts the regional summit facing challenges at home and abroad ranging from surging inflation, debate over gun control after more mass shootings, and the war in Ukraine.

Yet instead of burnishing regional unity, the summit has been bedevilled by diplomatic strife sparked by Washington’s exclusion of U.S. antagonists Cuba, Venezuela and Nicaragua on the grounds they have poor records on human rights and democracy.

That upset allies of the leftist trio of countries, in particular Mexican President Andres Manuel Lopez Obrador, who made good on a threat to stay away if all nations were not invited.

Other leaders said they would do the same, and did so, thinning the line-up of visiting heads of state and government in attendance to 21.

Mexico’s foreign minister Marcelo Ebrard revisited the subject on Wednesday, saying it was a “serious error” to freeze out countries, and that the decision had set back the summit to 2012, the last time Cuba was not invited.

Biden appeared to give a nod to the guest-list controversy near the start of his speech ahead of two days of talks.

“Our region is large and diverse. We don’t always agree on everything,” he said. “But because we’re democracies, we work through our disagreements with mutual respect and dialogue.”

The partial boycott has given greater prominence to the first meeting between Biden and Bolsonaro, an admirer of former U.S. President Donald Trump who this week again cast doubt on Biden’s 2020 election victory. read more

Biden also previewed a summit declaration on migration due on Friday, calling it “a ground-breaking, integrated new approach” with shared responsibility across the hemisphere.

But he provided few specifics, other than to say the initiative would “increase opportunities for safe and orderly migration through the region and crack down on criminal and human trafficking,” a major concern among officials in the region.

A summit of business leaders aimed at strengthening regional economic ties and bringing supply chains back from Asia to counter disruptions is running parallel to the summit.

Biden on Thursday is due to chair leaders’ talks aimed at promoting energy security as Western powers try to lower their dependence on oil and gas from Russia.

U.S. Vice President Kamala Harris will meet heads of governments from the Caribbean to unveil initiatives to bolster the region’s renewable energy capacity.