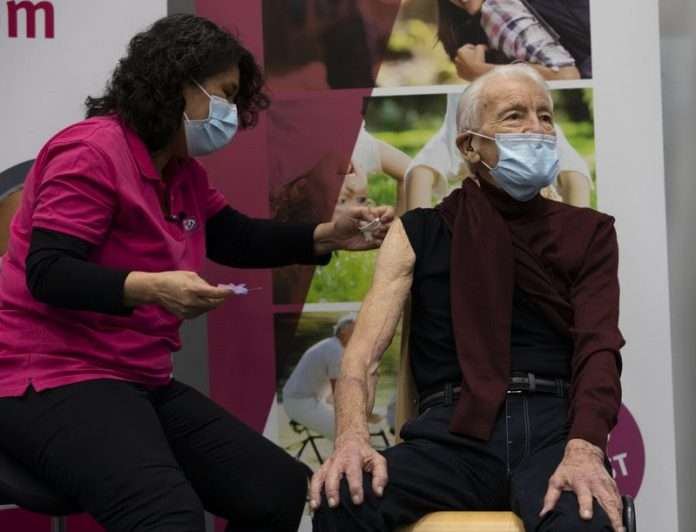 The Biden administration launched its new level-with-America health briefings with a projection that as many as 90,000 more in the U.S. will die from the coronavirus in the next month — a somber warning as the government strains to improve delivery and injection of vaccines.

The tone of the hourlong briefing was in line with President  Biden’s promise to be straight with the nation about the outbreak that has already claimed more than 425,000 U.S. lives, but was still a jarring reminder of the harsh road ahead. Zeke Miller and Ricardo Alonso-Zaldivar report.

It marked a sharp contrast to what had become the Trump show, when public health officials were repeatedly undermined by a president who shared his unproven ideas without hesitation.

Dr. Anthony Fauci says there’s reason to be concerned about the impact of some coronavirus mutations on vaccines but scientists have plenty of options for adjustments to maintain the effectiveness of vaccines and treatments.

States Easing Restrictions: Several states are loosening their coronavirus restrictions on restaurants and other businesses because of improved infection and hospitalization numbers but are moving cautiously, in part because of the more contagious variant taking hold in the U.S.

While the easing could cause new infections to rise, health experts say it can work if done in a measured way and if the public remains vigilant about masks and social distancing, David Eggert and Don Babwin report.

Vaccine Minorities: The role that race should play in deciding who gets priority for the COVID-19 vaccine in the next phase of the rollout is being put to the test in Oregon. An advisory committee will vote today on whether to prioritize people of color, target those with chronic medical conditions or some combination.

The debate shows the growing commitment to put racial equity at the heart of the nation’s mass vaccination campaign as the virus disproportionally affects people of color. Experts say 18 states included ways to measure equity in their original vaccine distribution plans and more have likely done so since the shots started arriving, Gillian Flaccus reports from Portland.