BRIDGETOWN, Barbados. Ninety graduates of an online conversational Spanish program, offered by the Embassy of Argentina, in association with the National Library Service, are being encouraged to enroll in the intermediate level program.

The level one program, aimed at the six to 12 age group, was conducted on the Zoom platform because of the restrictions of COVID-19. This development allowed the number of participants to increase from the 30 originally targeted to 90.

Minister with responsibility for Culture, John King, in an address to the closing ceremony last Friday, commended the organizers for the initiative which, he said, demonstrated their commitment to assisting Barbados to become a bilingual society.

He noted: “Over 500 million people in the world speak Spanish with over 400 native Spanish speakers alone in nearby Latin America. With the world now a global village and with wireless communication available with a click on our smart devices, it is imperative that many of us in this island should be able to become acquainted with this language.”

He encouraged the graduates to embrace the intermediate level program, sharing that studies had revealed that learning Spanish had numerous benefits.

He outlined some of these as improving their knowledge and understanding of their own language, preparing them for study abroad experiences and allowing for a greater appreciation of Spanish-speaking cultures and customs.

King announced that the intermediate program begins this week and will run for eight weeks.

He further revealed that a similar program for adults will also be launched in the near future. Friday’s closing ceremony, which took place at the Argentine Embassy, Hastings, Christ Church, was also attended by the Ambassador of Argentina, Gustavo Martinez Pandiani and Acting Director of the National Library Service, Grace Haynes.

Editor’s note: The name Barbados is believed to have come from a Spanish or Portuguese word meaning ‘the bearded ones’, however it is uncertain whether this originally referred to some kind of vegetation, or to the inhabitants of that island. 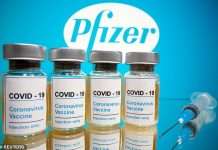 Pfizer CEO ‘Not Certain’ If Vaccine Stops Transmission Of Covid-19. 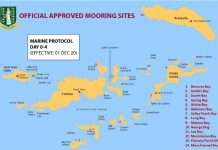 Travelers Staying On Vessels In BVI Subject To Quarantine, But Can Swim Up To 30 Feet From Vessel.