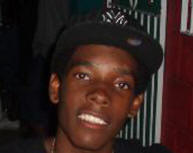 (Basseterre, St. Kitts)—The murder rate in the Federation of St. Kitts and Nevis is steadily rising with the shooting deaths of Darnel Webster, 18, of Newtown and Shamari Williams, 24, of New Road, Basseterre.

There is growing fear and concern in the federation about the spiraling crime rate and disappointment that no one has been charged in the majority of the murders.

Inspector Cromwell Henry said earlier this year the police have difficulty solving murder cases because people are afraid to come forward with information either because of fear of firearms or a lack of confidence that they will be protected.

A police report states that the police are investigating three shooting incidents which occurred during the night of July 5.

According to the report, the first shooting incident occurred at about 9:30 p.m. on Sandown Road. Investigations revealed that Darnel Webster of Sandown Road was walking along the road when he was attacked and shot multiple times about his body by an armed assailant.

The second shooting reported by the police occurred at about 10:55 p.m. when Mahari Peets, 19, of John England Village was walking towards his home and was fired upon by an unknown assailant. He sustained a gunshot injury to his foot and was taken to the JNF Hospital where he was detained.

The third shooting  occurred at about 11:15 pm on George Street in the vicinity of Hope Chapel. Investigations reveal that Shamari Williams of New Road was driving his car along George Street when some person(s) opened fire on the vehicle. Williams was shot on the right side of his head and lost control of the vehicle, and crashed into a parked vehicle. He was taken to the JNF Hospital where he is detained in critical condition.

Shamari died at 11:05 on July 6. An autopsy will be performed to determine the cause of death.

Investigations are ongoing. The Police are appealing to anyone with information about these crimes to call the Criminal Investigation Department at telephone 465-2241 ext. 220,230 236 or the crime hotline 707. Information received will be held in strict confidence.