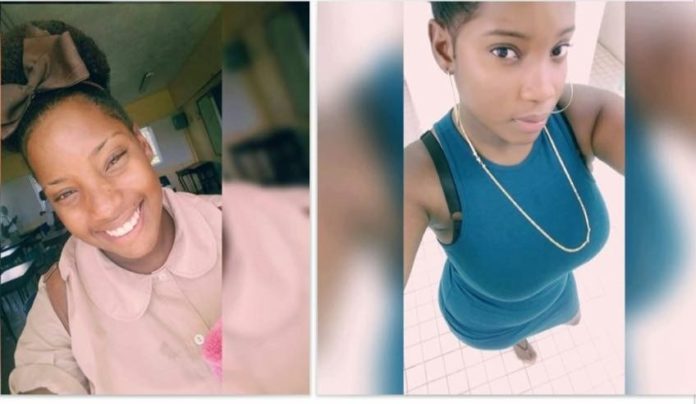 Basseterre, St. Kitts – Police confirmed the body of a female found late Wednesday is that of missing teen Leanna Napoleon and that one person has been taken into custody.

“This is not the outcome we were hoping for,” said Commissioner of Police Ian M. Queeley. “Our hearts go out to the family and friends of Leanna Napoleon. We hope that the family can begin the healing process and find some closure. As commissioner, I ask the general public to be sensitive and keep the family in their thoughts and prayers.”

The 17-year-old had been missing since May 8 after she was last seen with her brother in the Buckley’s area. Her disappearance sparked national outrage as to how a teen could simply vanish without a trace and for so long.

Information reaching this publication indicated that the body was found buried in a shallow grave in a mountainous area at Buckley’s. It was said to be covered in a white sheet and in a school uniform and had plastic bags around the face.

The Observer was informed that it took the police hours to reach the location of the body, which was buried in the hills, and had to rely on flashlights to guide the search among multiple cliffs that had to be scaled to reach the body’s location. This publication also understands that the police had to undergo a near four-hour trek into the hills and would have never been able to discover the body in that large of an area without a tip from someone with knowledge of the situation.

Additional information states that the body indicates death occurred some time ago, as it had already started to smell and visual identification was not possible.

Since reports of the discovery of the body came to light on Wednesday, multiple prominent social media personalities took to various platforms to express sympathy to the family of Napoleon and to say that Napoleon’s brother had been taken into police custody following the find. This has not been confirmed to the Observer.

After the find, the prime minister of St. Kitts and Nevis, Dr. Timothy Harris, issued his heartfelt condolences to the family of Napoleon.

“The loss of Leanna is her family’s loss, and it is also the nation’s loss,” he said in a statement. “The death of a young person, in particular, is most significant and traumatic.  Our young people represent the future of this country and when their lives are cut short, their potential remains underdeveloped and untapped, much to the detriment of our country.”

Dr. Harris also extended sympathy to her classmates and teachers and urged them to take advantage of the counselling services being offered at the school.

Napoleon was a fifth form student of Basseterre High School and went missing the same day of her first examination on May 8. Since then, multiple search parties comprising law enforcement officials, family and friends of the teen conducted unfruitful searches.

In a press conference held in May, Lyndita Powell, an officer of the special victims unit, said the teen was last seen with her brother, who is among three who are considered “persons of interest” in the disappearance. However, Powell noted that there are no positive leads.

“They were talking and there might have been an exchange of cash,” she said. “Our information is that he might have sold a vehicle that belonged to his mother and he would have made arrangements to meet her to give her the portion of what the vehicle was sold for.”

Police continues to solicit the assistance of the public in this and all investigations and people with information are encouraged to pass the information to the police by calling any station, Crime Stoppers at 1-800-8477(TIPS) or by using the SKN Crime Reporter App on their Smartphone.