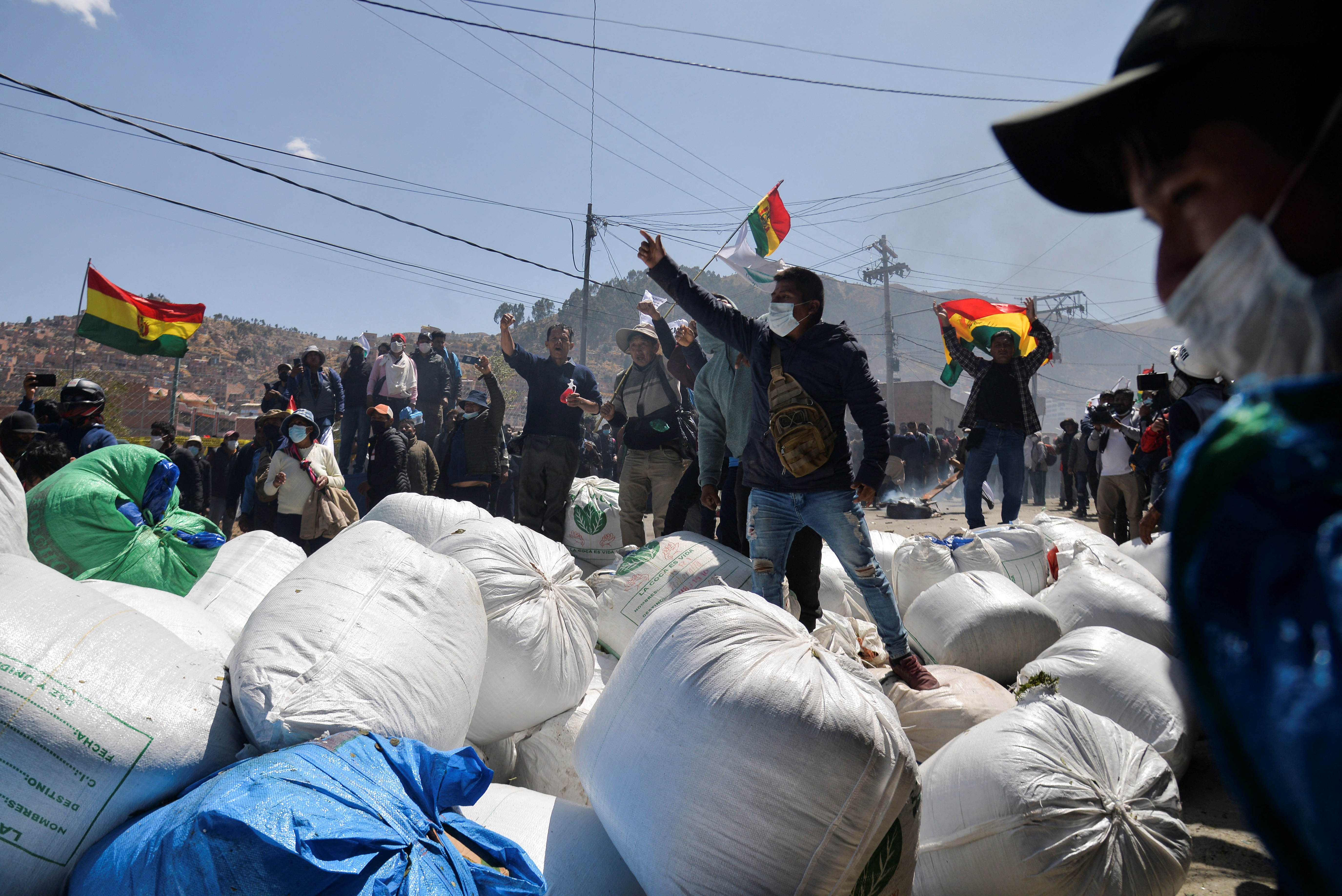 LA PAZ, Sept 8 (Reuters) – Thousands of coca farmers marched into the Bolivian capital of La Paz on Thursday and set ablaze to what they claimed was an illegal new market for the leaf.

The growers, who marched five days from the Yungas region north of La Paz, broke through police lines and attacked with dynamite, firecrackers and Molotov cocktails. No one was seriously injured.

The market was established in October 2021 in addition to two existing wholesale coca markets chartered under Bolivian law in La Paz and Cochabamba. In those markets, coca quantities and buyers are regulated.

The country’s politicized coca sector has been in disagreement over which market in La Paz is legal.

Agustin Mamani, one of the march’s leaders, said the marchers numbered more than 10,000. No official crowd estimates were available.

Esar Apaza, the indigenous leader of a group demanding the closure of the new coca market, blamed the government of President Luis Arce for allowing it to open.

“The government and its ministers are responsible for this,” Apaza said.

The coca leaf has long been grown in the Andes for its nutritional and medicinal benefits, while also being the raw material for cocaine.

The coca growers said they would not return to their regions until the government resolves the conflict.