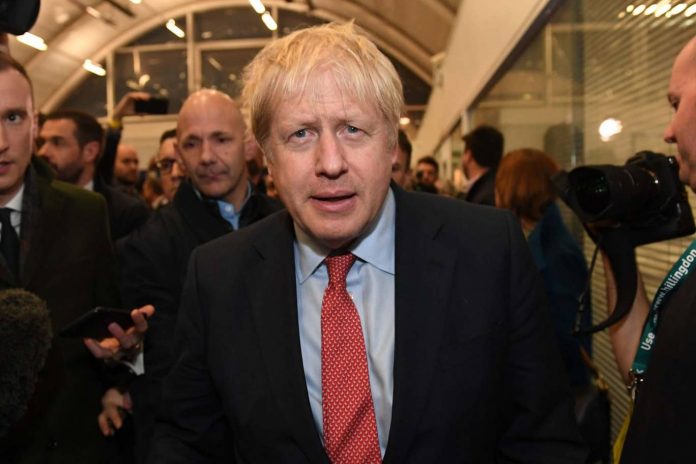 Boris Johnson’s Conservative Party was set for a large majority in parliament after winning seats in traditional Labour heartlands as Labour leader Jeremy Corbyn said he would not contest the next election.#

The Conservative party landslide gives Boris Johnson a decisive mandate on Brexit, with a solid majority that means he will be able to push through Brexit on his terms.

While the prime minister has promised to go for a hard Canada-style deal, a pivot to a softer Brexit cannot be discounted now that he has room to manoeuvre thanks to the scale of his victory.

Moments after the exit poll, Michael Gove’s first words were about the need to rebuild and heal the nation, and a triumphant Johnson may well feel obligations to his new conquests in former Labour heartlands.

What are the next steps?

The legislation needed to give the withdrawal agreement legal effect before 31 January is expected to be put before parliament for a second reading within a week.

What is the timetable?

The new government is expected to meet on Tuesday 17 December with the Queen’s speech on Thursday.

The pound surged on the prospect of political stability and a possible resolution to the Brexit crisis that has crippled the country for three years.

Earlier in the day it was sitting around the $1.30 level, with chatter among currency traders suggesting they believed a Tory majority was priced in at around $1.32.

The first exit poll, which surveyed 23,790 voters as they left 144 polling stations on Thursday, pointed to a 50-seat gain for the Conservatives to 368 seats. A party needs 326 seats for an outright majority in the House of Commons.

By 0600 GMT the Tories had secured 359 seats, including several in Labour’s “red wall” that it had targeted with one of the biggest surprises being the Northumberland former mining community of Blyth Valley, where Conservative candidate Ian Levy won 17,440 votes, or 42.7%, to Labour candidate Susan Dungworth’s 16,728, or 40.9%.

Labour has won every election in Blyth Valley since the seat’s establishment in 1950. The bad news was compounded as the Conservatives gained Workington, a key marginal in the North West.

Corbyn was facing the prospect of losing 71 seats in what could be an even worse result for the party since Michael Foot’s 60-seat loss in 1983.

Among the other parties, the Scottish National Party looked set to gain 20 seats to take 55 of Scotland’s 59 seats, giving further impetus to leader Nicola Sturgeon’s desire to call a second independence referendum.

Liberal Democrat leader Jo Swinson lost her seat to the SNP and was forced to resign in a disastrous night for her party. Only a month ago she was portraying herself as a future prime minister.

In Brussels Ursula von der Leyen, the new European Commission president, reacted to the exit poll, telling reporters: “I think we will immediately listen to the prime minister, the new prime minster to be reassured what the pathway is. I can report from the commission we are all set.”

“We are ready, we are ready for the next steps, we will see if if it is possible for the British parliament to accept the withdrawal agreement and take a decision and if that is the case we are ready,” he said.