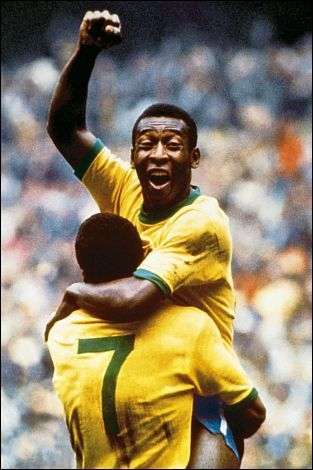 Lydia Chantler-Hicks
Brazil has declared three days of national mourning following the death of Pele – as plans for the legendary footballer’s funerals have been revealed.

The Brazilian star – who rose from barefoot poverty to become one of the greatest athletes in modern history – died on Thursday at the age of 82 following a battle with cancer.

A 24-hour wake will be held for Pele on Monday in the centre of the field at the stadium of Santos, the hometown club where he began playing as a teenager and quickly rose to fame, it has now been revealed.

On Tuesday, a procession carrying Pele’s coffin will take place through the streets of Santos, passing the neighbourhood where his 100-year-old mother lives.

It will end at the Ecumenical Memorial Necropolis cemetery, where he will be buried in a private ceremony.

Sao Paulo’s Albert Einstein hospital, where Pele was undergoing treatment, said he died at 3.27pm local time on Thursday “due to multiple organ failures resulting from the progression of colon cancer associated with his previous medical condition”.

The government of President Jair Bolsonaro, who leaves office on Sunday, has since declared three days of national mourning, saying in a statement that Pele was “a great citizen and patriot, raising the name of Brazil wherever he went.”

Bolsonaro’s successor, President-elect Luiz Inacio Lula da Silva, wrote on Twitter that “few Brazilians carried the name of our country as far as he did.”

Pele’s death was confirmed on his Instagram account on Thursday, prompting an outpouring of tributes from across the worlds of sport, politics and popular culture.

“Inspiration and love marked the journey of King Pele, who peacefully passed away today,” read the Instagram post, adding he had “enchanted the world with his genius in sport, stopped a war, carried out social works all over the world and spread what he most believed to be the cure for all our problems: love.”

Pele had been undergoing chemotherapy since he had a tumor removed from his colon in September 2021. He also had difficulty walking unaided since an unsuccessful hip operation in 2012.

It was recently confirmed that the sporting icon would spend Christmas in hospital with his cancer worsening and treatment also needed for heart and kidney problems.

His son Edinho had joined daughter Kely Nascimento at his bedside as fears heightened over his health.

Brazil forward Neymar – who moved level with Pele‘s record of 77 international goals during the 2022 World Cup – posted his own emotional tribute on Instagram.

“Before Pele, 10 was just a number,” he said. “I’ve read this phrase somewhere, at some point in my life. But this sentence, beautiful, is incomplete. I would say before Pele football was just a sport. Pele has changed it all.

“He turned football into art, into entertainment He gave voice to the poor, to the blacks and especially: He gave visibility to Brazil. Soccer and Brazil have raised their status thanks to the King! He’s gone but his magic remains. Pele is FOREVER!!”

Born Edson Arantes do Nascimento, he grew up in poverty in the state of Sao Paulo. He was originally apprenticed to be a shoemaker but developed a talent for football by kicking a rolled-up sock stuffed with rags around the streets.

Portugal forward Cristiano Ronaldo posted a message on Instagram alongside a picture of him with the Brazil great expressing his “deepest condolences”.

“A mere ‘goodbye’ to the eternal King Pele will never be enough to express the pain that currently embraces the entire world of football,” Ronaldo said.

“An inspiration for so many millions, a reference from yesterday, today, forever. The affection he always showed for me was reciprocal in every moment we shared, even from a distance.

“He will never be forgotten and his memory will live on forever in each of us football lovers. Rest in peace, King Pele.”

Wembley stadium’s arch was lit up in Brazil colours in Pele‘s memory on Thursday night.

There were also rounds of applause ahead of the evening’s Football League matches around the country, which kicked off shortly after news broke of Pele‘s death.

“For me Pele remains the greatest of all time and I was proud to be on the pitch with him. RIP Pele and thank you.”

Fellow former England player Alan Murray – who played against Pele three times including the 1970 World Cup – called him the “greatest of the greatest”.

“This fella, he had to play against people like me that wanted to kill him. You know, I mean, I did kick him a few times,” he told Times Radio.

“In London, about 10 years ago… he pulled up his trouser leg. And he pointed to me, he said, ‘that’s what you’ve done to me’. We both got a hold of each other and gave each other a hug, and we started laughing.”