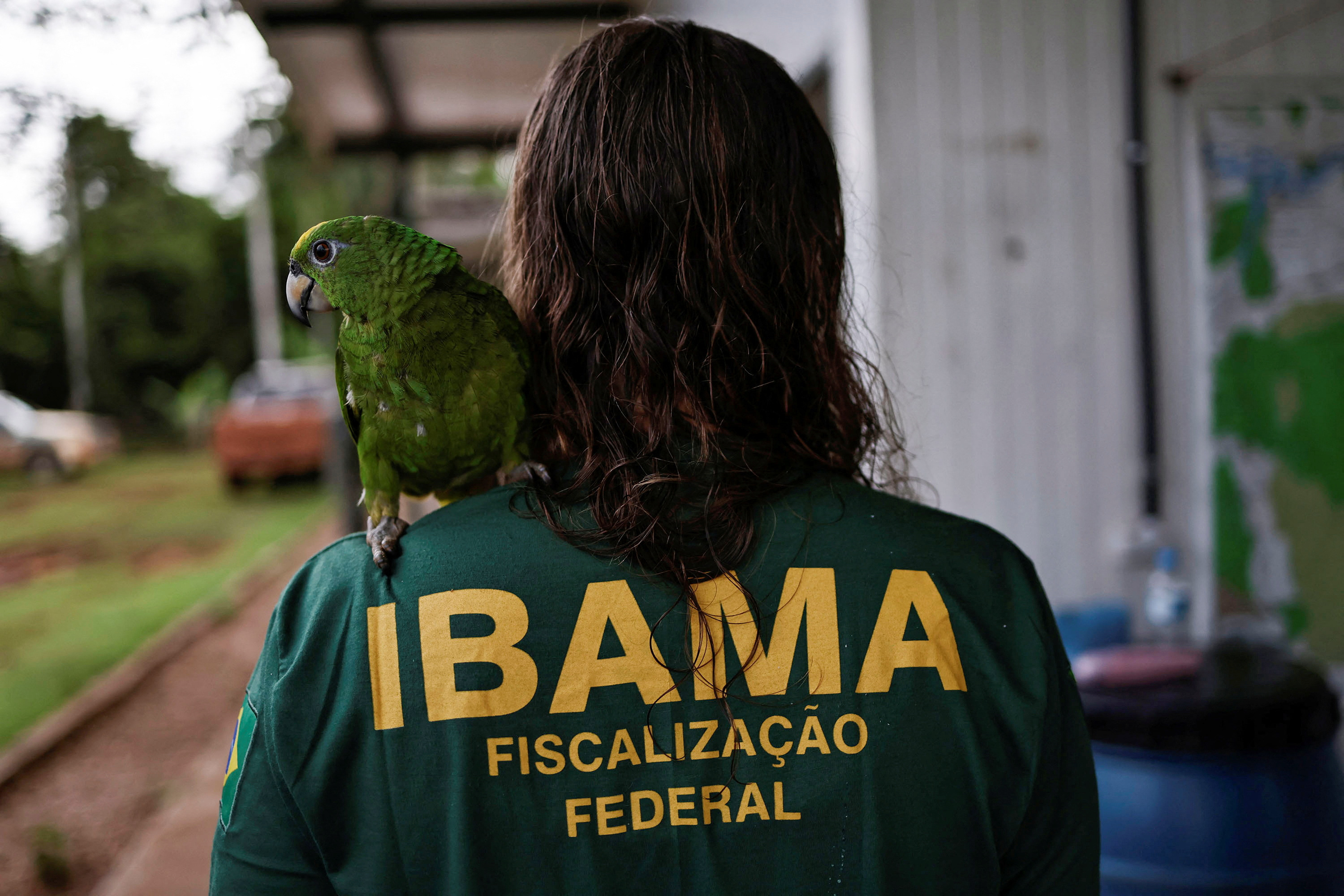 An agent of the Brazilian Institute for the Environment and Renewable Natural Resources (IBAMA) gets ready before going to an operation to combat of deforestation, in Uruara, Para State, Brazil January 19, 2023. REUTERS/Ueslei Marcelino

URUARA, Brazil, Jan 19 (Reuters) – Brazilian environmental agents cut through the rainforest with machetes on Thursday in search of criminals in the first anti-deforestation raids under President Luiz Inacio Lula da Silva, who has pledged to end surging destruction inherited from his predecessor, Jair Bolsonaro.

About 10 Ibama agents set out in pickup trucks on Thursday from their base in the municipality of Uruara, Pará, along with a dozen federal police, heading toward a cluster of points where satellite images showed loggers and ranchers recently at work clearing the forest illegally.

In 12 hours driving on dirt roads illegally crisscrossing an indigenous reserve, the convoy reached five areas that were deforested and burned around the time of last October’s election that pitted Lula against Bolsonaro.

The areas all lay within the Cachoeira Seca indigenous reserve, where deforestation is strictly prohibited.

Four of the tracts appeared to be subsequently abandoned, with no signs people were living nearby or in the process of turning them into ranches. Agents said it could be a sign that illegal ranchers gave up on investing time and money in turning illegal land into productive pasture, knowing that Lula campaigned on a pledge to crack down on deforestation.

“People know that in this government enforcement will tighten and won’t let them use an area they deforested illegally,” said Givanildo dos Santos Lima, the agent leading Ibama’s Uruara mission.

“If the other government had won, you would have found people here, well-maintained pastures and cattle.”

The government under Bolsonaro had gutted staff and funding for environmental enforcement by Ibama in his four years in office, while the former president criticized Ibama for issuing fines to farmers and miners.

Bolsonaro gave the military and later the Justice Ministry authority over operations to fight deforestation, sidelining Ibama despite the agency’s extensive experience and success in fighting the destruction of the Amazon.

An area larger than Denmark was deforested under Bolsonaro, a 60% increase from the prior four years.

In another area of the reserve, agents found a newly built house with several chainsaws and stocked with weeks of food, indicating the occupants had likely fled just before Ibama’s arrival.

Flanked by police with semiautomatic weapons, Ibama agents hacked a path through the adjacent jungle to reach an area the size of 57 football fields strewn with downed trees and charged trunks.

Some messily planted corn sprouted up to knee-level in what appeared to be an attempt to lay claim to the area to eventually turn it into cattle pasture, the agents said.

“We’ll come back with a helicopter and catch them by surprise,” Lima said.

He was optimistic that Ibama would be able to conduct more raids under Lula, aimed at fining deforesters and spooking criminals from attempting to clear more areas.

Lula on the campaign trail last year pledged to put Ibama back in charge of combating deforestation with beefed-up funding and personnel. He took office on Jan. 1, so additional money and staff have yet to reach the front-line enforcers.

Bolsonaro’s government denied several requests by Reuters to accompany Ibama missions during his 2019-2022 administration. His government instituted a gag order forbidding Ibama agents from speaking to the press, which agents say has already been reversed.

Lula took office for the first time in 2003 when Amazon deforestation was near all-time highs, and through strict enforcement of environmental laws reduced it by 72% to a near record low when he left office in 2010.