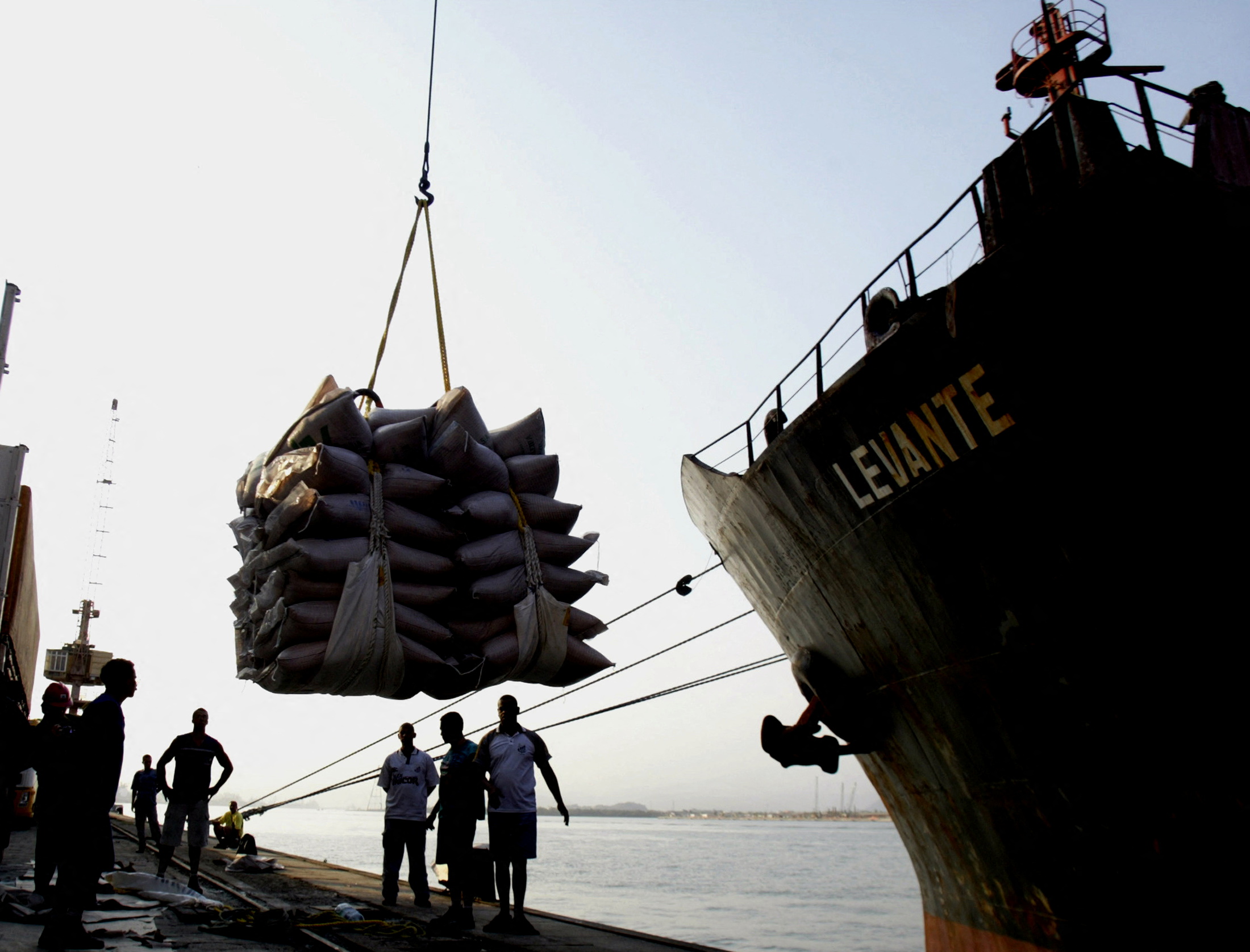 Port workers watch as a crane lifts sugar sacks on the docks at Brazil’s main ocean port, in Santos, in this picture taken on September 3, 2004. REUTERS/Paulo Whitaker REUTERS

May 17 (Reuters) – Brazilian sugar cane mills are cancelling some sugar export contracts and diverting production to ethanol to cash in on high energy prices, according to people with direct knowledge of the deals, raising concerns of a sugar shortage.

Nearly every company involved in sugar trading in Brazil has seen cancellations, a trader at a large international commodities merchant told Reuters on the sidelines of Sugar Week in New York last week. He estimated total cancellations so far at 200,000 to 400,000 tonnes of raw sugar.

Brazil exports around 2.2 million tonnes of sugar per month during the peak of the crop. A large fall in sugar output could lead to a global sugar shortage, some traders say. read more

Most mills in Brazil are flexible and can partially shift from sugar or ethanol production. Right now, production is shifting in favor of ethanol as high energy prices driven by pandemic recovery and war in Ukraine spur more fuel output. read more

A second trader, also working for a large international food merchant, confirmed the cancellations – known in the industry as washouts – and said most traders are trying to be flexible when negotiating. “These are take-or-pay contracts, there is a fee, so sometimes the cost could be high for the mill,” he said.

An executive at one of the largest mills in Brazil who asked not to be named said the gains from shifting from sugar to ethanol offset the costs of cancellations. Brazil is second largest ethanol producer after the United States.

“Ethanol sales are paid in one or two days, while export sugar takes much longer, and mills have many bills to pay in the harvest kick-off,” he said.

Hydrous ethanol was trading at the equivalent of a sugar price of 20 cents per pound late last week, while sugar futures in New York were trading a bit over 19 cents per pound.

Last season mills used 45% of the sugarcane crop to make sugar and 55% to make ethanol. Every percentage point corresponds to around 700,000 tonnes of sugar.