RIO DE JANEIRO (AP) — Brazil reported more than 3,000 COVID-19 deaths in a single day for the first time Tuesday amid calls for the government and the new health minister to take action to stem the nation’s resurgence of coronavirus infections.

In recent weeks, Latin America’s largest country has become the pandemic’s global epicenter, with more deaths from the virus each day than in any other nation. Tuesday’s record toll of 3,251 deaths was driven by the state of Sao Paulo, Brazil’s most populous, which recorded 1,021 new deaths, far above the previous high of 713 last July.

The pandemic has brought the health systems of Brazilian states to near collapse, with hospitals watching their ICU beds fill up and stocks of oxygen required for assisted breathing dwindle. Most of the states in recent days adopted measures to restrict activity, over the fierce resistance of Brazilian President Jair Bolsonaro.

In a 4-minute presidential address on TV and radio, Bolsonaro did not comment on the new record and said Brazilians will “very soon return to normal life.”

“We will make 2021 the year of the vaccination of Brazilians,” Bolsonaro said, as pot=banging protests against his government erupted in major cities. “That is the mission and we will accomplish it.”

Bolsonaro has consistently downplayed the severity of the pandemic, insisting the economy must be kept humming to prevent worse hardship, and he has criticized health measures imposed by local leaders. On Friday, he appealed to the Supreme Court to invalidate curfews enacted by two states and Brazil’s federal district, though the top court previously ruled that governors and mayors have the power to adopt such restrictions.

Public health experts and economists have said Bolsonaro is presenting a false choice between preserving health and economic well-being.

On Tuesday, cardiologist Marcelo Queiroga was sworn in as health minister, becoming the fourth person to occupy the post since the beginning of the health crisis. He replaced active-duty army Gen. Eduardo Pazuello.

Queiroga’s swearing-in was delayed a week while he divested holdings in companies in the health sector and the government sought to find a suitable position for Pazuello, Brazilian media reported. 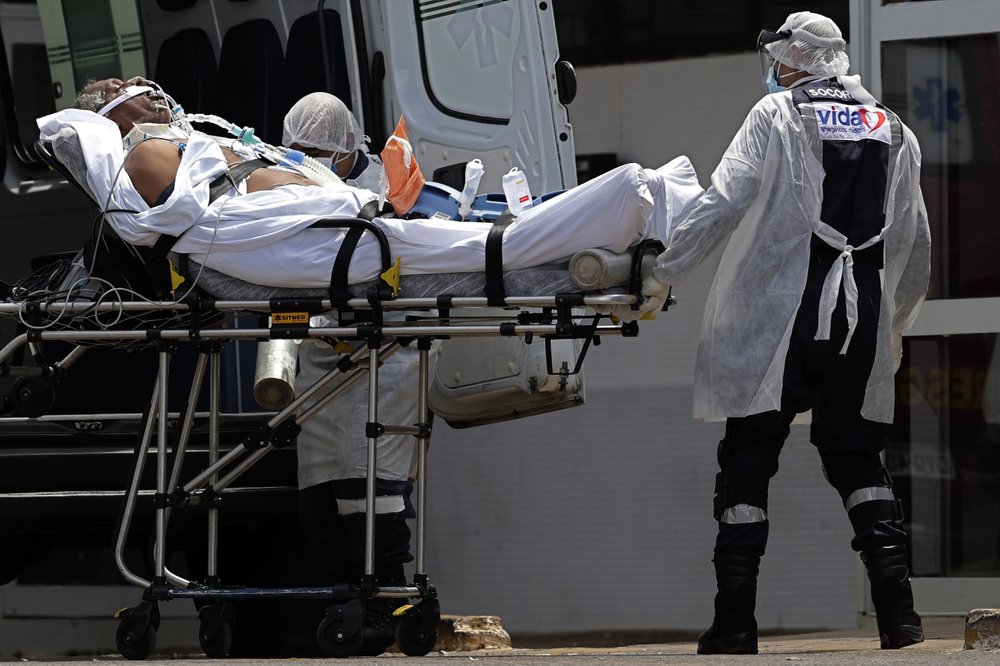 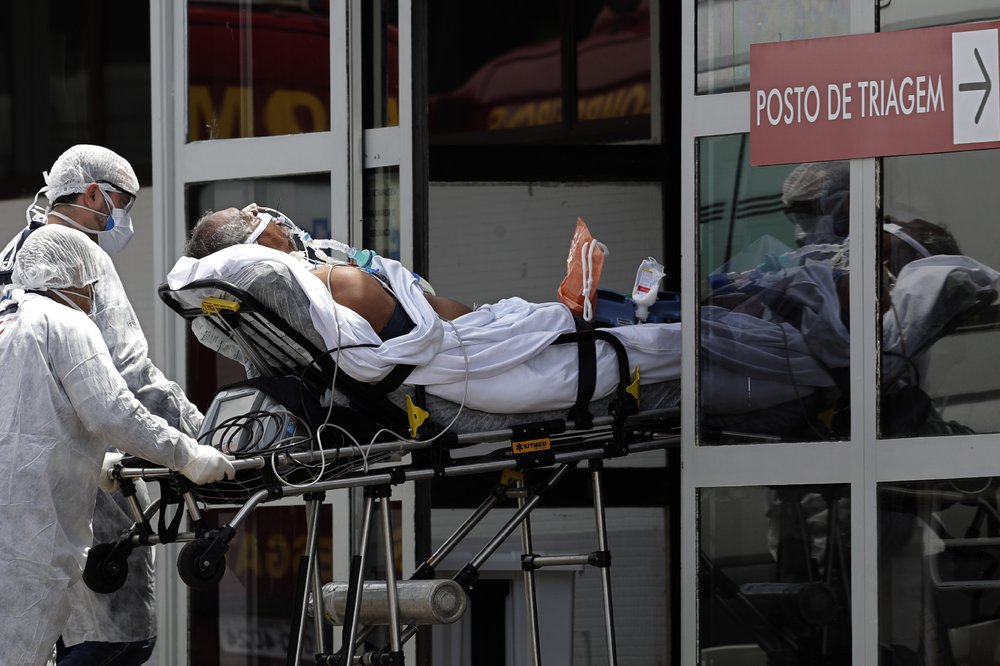 Healthcare workers move a patient suspected of having COVID-19 from an ambulance at the HRAN public hospital in Brasilia. (AP Photo/Eraldo Peres)

Carlos Lula, chairman of the national council of state health secretaries, said in a statement that the coronavirus crisis has been worsened by delays in acquiring vaccines and a lack of communication on the importance of preventative measures. He called on the new minister to collaborate with state and municipal governments.

“More than ever, the population needs national coordination to face COVID-19, with precise actions, based on science, that guarantee prevention of new infections, facilitate the timely diagnosis of sick people and provide assistance for all Brazilians,” Lula said in the statement.

Hundreds of Brazilian economists, including former finance ministers and central bank presidents, urged the Brazilian government in an open letter published Monday to speed up vaccination and adopt tougher restrictions to stop the spread of the coronavirus, including possible lockdowns. 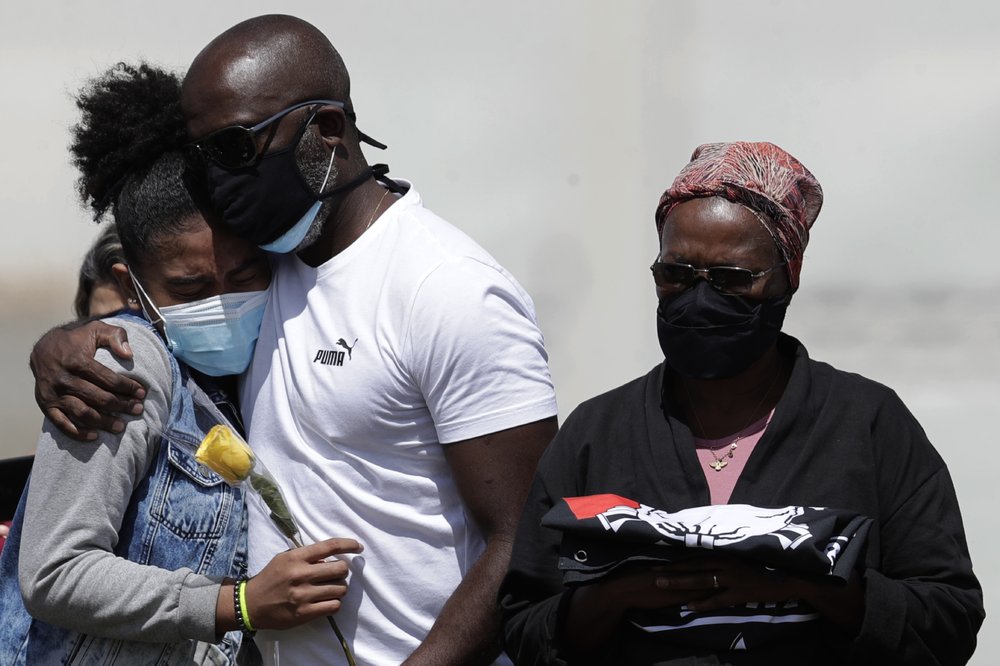 “This recession, as well as its harmful social consequences, was caused by the pandemic and will not be overcome until the pandemic is controlled through competent action from the federal government,” the letter read.

“The controversy surrounding economic impacts of social distancing reflects the false dilemma of saving lives versus guaranteeing the sustenance of a vulnerable population,” it added.

Brazil’s total death toll is closing in on 300,000, the world’s second highest behind that of the United States, according to the tally maintained by Johns Hopkins University. 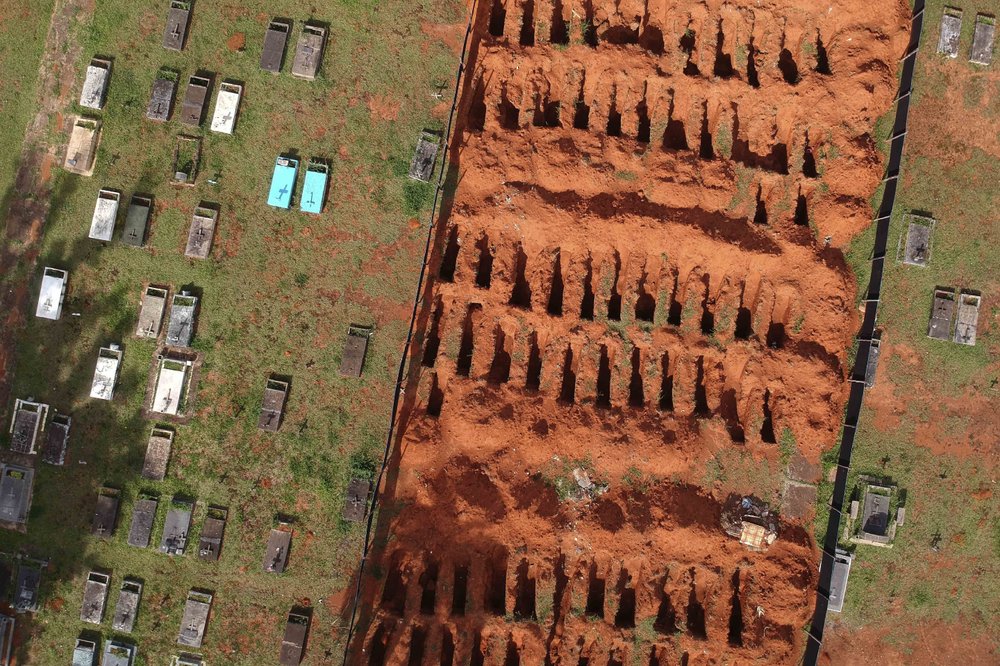