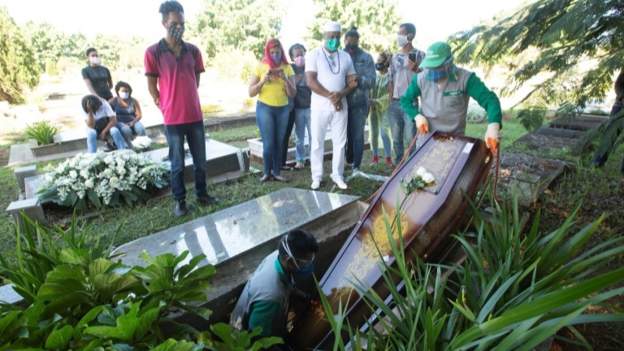 Brazil has registered another record number of new daily coronavirus deaths. The 1,262 new fatalities put its overall death toll at 32,000.

The jump comes as several major cities start to open back up. In Rio people were seen on the beaches and in Sao Paulo some commerce has opened.

Marcos Espinal, director of the Pan American Health Organization, said it was difficult to see how the virus would be contained in Brazil unless restrictive measures and more testing were used.

Brazil has 555,383 confirmed infections, second only to the US. The country is deeply divided over how to respond to the crisis, with health specialists and local governors arguing for a lockdown while President Jair Bolsonaro says an economic crisis would be more harmful than the virus itself.