The UK  government is facing urgent calls for tougher border measures after officials said they were searching for one of six people infected with the highly transmissible Brazilian coronavirus variant.

Public Health England said on Sunday that three cases of the variant had been detected in England and three in Scotland, but that the identity of one of those carrying the virus was unknown as they had not provided their contact details.

The P1 variant, also known as the B1128 variant, shares some of the same mutations as the highly transmissible South African variant and was first identified in Manaus, Brazil, in January. It is thought that it could respond less well to current vaccines.

Two of the English cases are from a single household in south Gloucestershire, a member of whom returned from Brazil a month after the variant was first identified and five days before the hotel quarantine policy came into force.

One individual in the household is understood to have developed symptoms before getting a test. Their contacts have been identified and retested, but surge testing is being rolled out in the Bradley Stoke, Patchway and Little Stoke areas as a precaution.

PHE and NHS test and trace are also following up with all passengers who arrived on the same Swiss Air Lines flight, LX318, which travelled from São Paulo via Zurich and landed at London Heathrow on 10 February.

However, a third, currently unlinked individual is still being sought whose identity is unknown because they did not complete the registration card that came with their Covid-19 testing kit.

Officials said their test was processed on 14 February, so it is likely they took it a day or two earlier. The person is unlikely to have taken their test at one of the regional test sites, where staff can check if contact details have been provided, but it could have been a home test or from local surge testing.

“We are therefore asking for anyone who undertook a test on 12 or 13 February and hasn’t received their result or has an uncompleted test registration card, to call 119 in England or 0300 303 2713 in Scotland for assistance as soon as possible,” PHE said.

It is also urging anyone on the Swiss Air Lines flight who has not been contacted to call 01174 503 174 to arrange a test.

The quarantine hotel policy, aimed at protecting the UK against new variants came into force on 15 February after much delay. In Scotland all international arrivals must go into hotel quarantine for 10 days, while in England the rules only apply to arrivals from 33 “red list” countries.

Nick Thomas-Symonds, the shadow home secretary, said: “It is deeply concerning that the Brazil Covid variant has been found in this country.

“It is now vital that we do everything we can to contain it. But this is further proof that the delay in introducing a hotel quarantine was reckless and the continuing refusal to put in place a comprehensive system leaves us exposed to mutations coming from overseas.

Three people living in north-east Scotland have also tested positive for the P1 variant after returning from Brazil via Paris and London. They were identified while self-quarantining and have since completed their full 10-day isolation period. Other passengers on their flight, which landed in Aberdeen in early February, are being contacted as a precaution.

This is the first time the P1 variant has been detected in the UK, although another Brazilian variant called P2 has previously been detected. Although it is currently being investigated, the early signs are that the P2 variant is not more transmissible.

A report from Brazilian researchers said the P1 variant was “potentially associated with an increase in transmissibility or propensity for reinfection of individuals”. It is also possible the variant may respond less well to current vaccines, but experts say more work is needed to understand this.

Dr Susan Hopkins, the PHE strategic response director for Covid-19 and NHS test and trace medical adviser, said: “We have identified these cases thanks to the UK’s advanced sequencing capabilities which means we are finding more variants and mutations than many other countries and are therefore able to take action quickly.

“We ask that individuals come forward for testing through the symptomatic and asymptomatic test sites across the countries in order to continue to drive down cases in the community.”

The Scottish health secretary, Jeane Freeman, said: “This new variant demonstrates how serious Covid is and reinforces the need to minimise the spread of the virus. We would encourage everyone across the country to adhere to the necessary public health restrictions by staying at home except for essential purposes as this is the single best way of staying safe and stopping the spread of this virus. It is now also illegal for anyone to travel to or from Scotland unless it is for an essential reason.”

The chair of the Commons home affairs committee, the Labour MP Yvette Cooper, said the development showed the weaknesses in the government’s Covid border measures.

“The Brazil variant was first identified a month before one of these cases was brought in on 10 February and many weeks after the prime minister was warned that indirect flights were a problem, yet the government delayed putting stronger measures in place.”

US regulators have formally approved the single-shot Johnson & Johnson (J&J) coronavirus vaccine, the third jab to be authorised in the country.

The vaccine is set to be a cost-effective alternative to the Pfizer and Moderna vaccines, and can be stored in a refrigerator instead of a freezer.

Trials found it prevented serious illness but was 66% effective overall when moderate cases were included.

The vaccine was developed mainly by J&J’s Janssen Pharmaceutica division.

The company has agreed to provide the US with 100 million doses by the end of June. The first doses could be available to the US public as early as next week.

The UK, EU and Canada have also ordered doses, and 500 million doses have also been ordered through the Covax scheme to supply poorer nations.

The European Medicines Agency could approve the drug for the EU in early March, with a speedy rollout to follow, French Industry Minister Agnès Pannier-Runacher said on Sunday.

‘All three are good’

President Joe Biden hailed it as “exciting news for all Americans, and an encouraging development”, but warned that the “fight is far from over”.

“Though we celebrate today’s news, I urge all Americans – keep washing your hands, stay socially distanced, and keep wearing masks,” he said in a statement.

“As I have said many times, things are still likely to get worse again as new variants spread, and the current improvement could reverse.”

Mr Biden’s chief medical adviser, Anthony Fauci, on Sunday advised people to take the Johnson & Johnson shot, when asked about its effectiveness compared with the other two approved vaccines.

Dr Fauci told NBC: “All three of them are really quite good, and people should take the one that’s most available to them. If you go to a place and you have J&J, and that’s the one that’s available now, I would take it.”

Dr Fauci, 80, won’t need the J&J as he had his second dose of Moderna last week.

The J&J authorisation by the US Food and Drug Administration (FDA) came after an external committee of experts unanimously backed the vaccine on Friday.

Results from trials conducted in the US, South Africa and Brazil showed it was more than 85% effective at preventing serious illness, and 66% effective overall when moderate cases were included.

The efficacy rate was lower than two doses of Pfizer or Moderna, but the trials were organised differently and the J&J tests came at a time when new variants were in circulation, making comparisons difficult.

Notably, there were no deaths among participants who had received the J&J vaccine and no hospital admissions after 28 days post-vaccine.

Overall protection was lower in South Africa and Brazil, where virus variants have become dominant, but defence against severe or critical illness was “similarly high”.

South Africa began administering the unapproved Johnson & Johnson jab to healthcare workers as part of a study earlier this month. It came after early trials suggested the Oxford-AstraZeneca vaccine offered “minimal protection” against mild disease from the variant dominant in large parts of the country.

So far the only other country to approve the vaccine for emergency use is Bahrain, which gave it the green light on Thursday.

Because the vaccine will require fewer doses than Pfizer and Moderna, it will also require fewer vaccine appointments and medical staff.

Who else has ordered the Johnson & Johnson jab?

Pfizer vaccine may be less effective in people with obesity, says study

Healthcare workers with obesity found to produce only about half the antibodies healthy people do.

The Pfizer/BioNTech vaccine may be less effective in people with obesity, data suggests.

Italian researchers have discovered that healthcare workers with obesity produced only about half the amount of antibodies in response to a second dose of the jab compared with healthy people. Although it is too soon to know what this means for the efficacy of the vaccine, it might imply that people with obesity need an additional booster dose to ensure they are adequately protected against coronavirus. 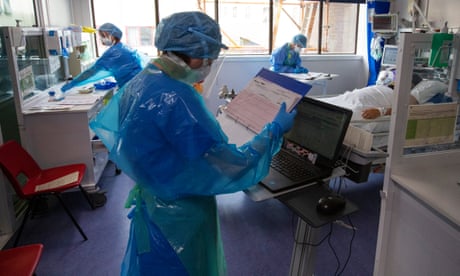 Previous research has suggested that obesity – which is defined as having a body mass index (BMI) over 30 – increases the risk of dying of Covid-19 by nearly 50%, as well as increasing the risk of ending up in hospital by 113%.

Some of this may be because people with obesity often have other underlying medical conditions, such as heart disease or type 2 diabetes, that increase their risk from the coronavirus, but excess body fat can also cause metabolic changes, such as insulin resistance and inflammation, which make it harder for the body to fight off infections.

This constant state of low-grade inflammation can also weaken certain immune responses, including those launched by the B and T cells that trigger a protective response following vaccination. Separate research has shown that the flu vaccine is only half as effective in people with obesity compared to those who are a healthy weight.

The new study, which has not yet been peer reviewed, provides the first direct evidence to suggest a similar problem might occur with Covid-19 vaccines.

Aldo Venuti, of the Istituti Fisioterapici Ospitalieri in Rome, and his colleagues assessed the antibody response following two doses of the Pfizer/BioNTech vaccine in 248 healthcare workers. Seven days after receiving the second dose, 99.5% of them had developed an antibody response, and this response was greater than that recorded in people who had recovered from Covid-19. However, the response was blunted in people who were overweight and obese.

“Since obesity is a major risk factor for morbidity and mortality for patients with Covid-19, it is mandatory to plan an efficient vaccination programme in this subgroup,” Aldo and his colleagues wrote. “Although further studies are needed, this data may have important implications to the development of vaccination strategies for Covid-19, particularly in obese people. If our data was to be confirmed by larger studies, giving obese people an extra dose of the vaccine or a higher dose could be options to be evaluated in this population.”