GUARAPUAVA, Brazil, May 13 (Reuters) – Far from the bomb blasts and constant sirens in her ruined home city of Kharkiv in eastern Ukraine, eight-year-old Arina Hashlova practices her gymnastics routine daily at her new school in Brazil.

In a nearby apartment, a Ukrainian family says grace before a meal of cabbage salad, rice and fish, grateful for the food and safe haven Brazil provided them 7,000 miles from Kherson, the Black Sea port taken by Russian troops.

“We know that our house is occupied now by Russians, and they put mines all around it, a neighbor told me,” said Olga Martynchuk, from this quiet city in southern Brazil.

She and fellow refugees have discovered unexpected comforts in a distant pocket of the Ukrainian diaspora settled by countrymen fleeing other wars and oppression over a century ago.

“We never imagined they would have Ukrainian traditions and food here, dress in Ukrainian clothes and speak our language. It is very touching for all of us,” said the mother of four.

The trauma of the war is still fresh. Arina’s mother Maryna Hashlova recalls the horrors of Russian bombardment in Kharkiv.

“We thought it would end soon. The sirens were sounding constantly. Our children had to get dressed and hide in the cellar several times a night,” she said.

Moscow calls the conflict “a special operation” to demilitarize and “denazify” its southern neighbor. 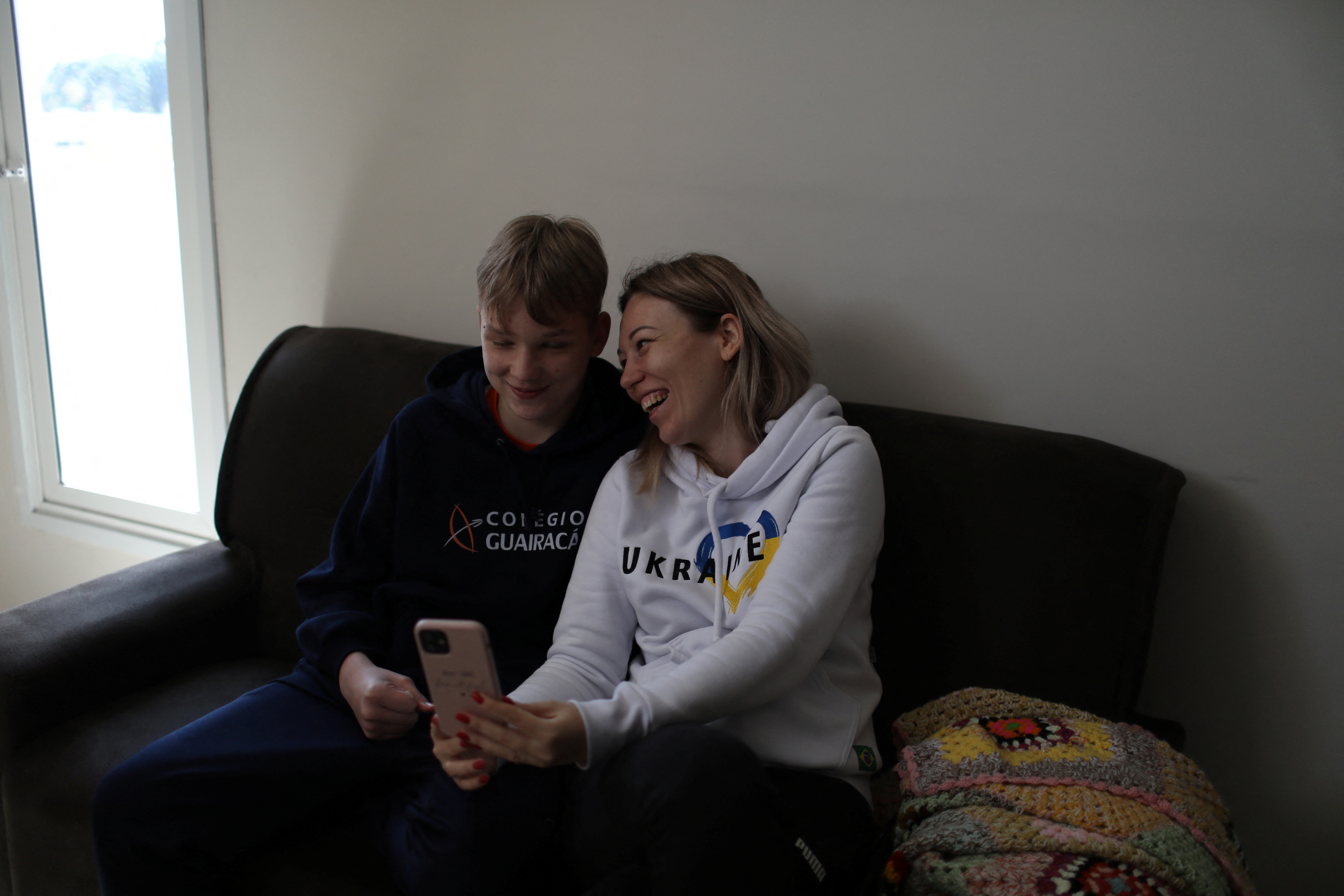 Two weeks into the war, Hashlova resolved to get her two children to a safer country, even though it meant leaving behind her husband Sergiy, 38, to help defend the city.

Through her church, she learned of an Evangelical Christian network called the Global Kingdom Partnership, founded by a Brazilian pastor, helping Ukrainian families leave for Brazil.

“We thought that was very far away. I had never planned to travel to Brazil, not even in my dreams. But we decided to take up this offer, because it is a Christian project,” said Maryna, fresh off the phone with her husband in Kharkiv.

The Global Kingdom Partnership provides food and rented apartments for a year to 11 families in Guarapuava, a city in Parana state, and eight more families in Prudentopolis, a nearby town.

Prudentopolis, dubbed “Little Ukraine,” has a large Christian Orthodox church that is the center of a community of descendents of Ukrainian immigrants. A flag of Ukraine covers its facade.

In the church’s garden, adolescents sing a traditional Ukrainian folk song as they dance in a circle holding hands, a ritual celebrating the rebirth of nature in spring and the Christian Easter marking the resurrection of Christ.

In this part of Brazil, deep in the Southern Hemisphere, winter is approaching.

Olga prays for peace in Ukraine so she and her family can return home one day, but she has no idea when that might be.

“Frankly speaking, we don’t know for sure. If God blesses us, maybe we will be able to go back, but we don’t know how long it will go on.”