“I believe he wanted to kill me,” Pastor Sven Jeffers said three days after he was attacked in front of his church in Butlers on Sunday evening by a man who may have mental problems.

The attack was about a photo Jeffers took six years ago. On Monday, Evrol Daniel of Butlers was apprehended on Monday for allegedly attacking Jeffers and later stabbing Royal St. Christopher and Nevis Police Force Officer Constable Kennedy Paul.

While visiting Jeffers on Wednesday, The Observer noted six stitches to the left side of his head and swollen lips. Jeffers explained that the encounter stemmed from six years ago when he was a photographer and took a photo of Daniels and his cousin. Jeffers said several weeks prior to the attack, Daniel asked him for the photo. Jeffers searched for the photo found a soft copy and when he told Daniels he seemed upset and walked away. Jeffers intended to provide a photo to Daniel at a later time.

Jeffers gave a chilling encounter of what took place on that Sunday. “Church had just finished, we were standing outside and the members were leaving, so I approached my vehicle, he said. “I looked up and saw him (Daniel) coming in my direction. I didn’t think anything about it. I was putting my key in the car I heard a crack. I didn’t feel any pain or anything.”

Jeffers realized he was on the ground and Daniel was beating him in the head, face and across his chest with a pipe.

“I was trying to dodge the pipe but he kept screaming, I want my picture, I want my picture,” Jeffers said. “That’s when I knew I had to fight for my life. I got up and got him to the ground. I took the pipe away from him and had him in a choke hold.”

Jeffers said a church member came and begged him to let Daniel go.

“I let him go, and by this time was blinded by blood and felt weak,” Jeffers explained. “The guy just ran off leaving the pipe and everything behind. He ran to tell someone that I attacked him.”

Jeffers was taken to the hospital and a police report was made, which resulted in a Sunday evening search for Daniel, but he was not found. The search continued the following day and late Monday afternoon Daniel was found in Butlers. An altercation ensued between Daniel and Constable Paul, during which Daniel stabbed the constable Paul on his left side with a knife.

The Observer understands that after Daniel stabbed Paul he begged the police not to shoot him. On two different occasions, Daniel has been shot by police officers.

Both Constable Paul and Jeffers are being treated at the Alexandra Hospital. Daniel has been taken into police custody to await charges. 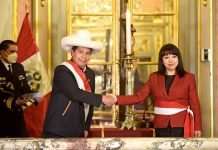 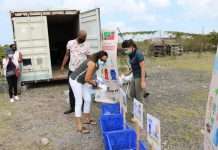 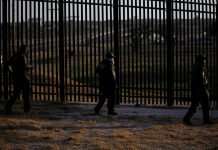 Mexico Warns Migration Will Not Slow Without More U.S. Investment in Central America 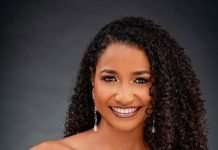