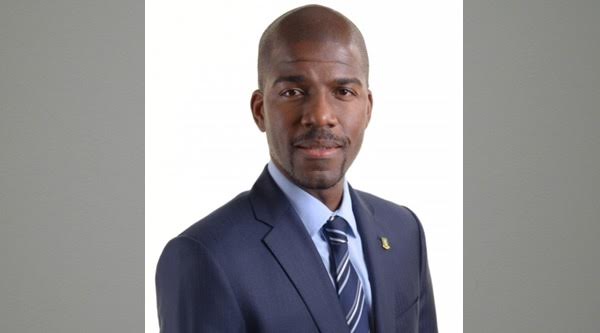 I would like to begin by commending you and your colleagues on the excellent organization of the Caribbean regional seminar on Decolonisation in St. George’s, Grenada last month. It was a highly successful meeting and the British Virgin Islands was proud to be a part of it.

Premier Andrew Fahie who attended the regional seminar had hoped to be here today, but is unable to attend due to other commitments.

He has dispatched me as the Government’s Special Envoy to update the committee on behalf of the Territory.

Ladies and gentleman, I would like to begin by making clear at the outset that my purpose for being here today is not to embarrass the United Kingdom (UK).

I am also not here to insist on the independence of the British Virgin Islands. The Government’s priorities at this point in time are recovery from Hurricanes Irma and Maria and the sustainable development of our islands.

I am simply here because the British Virgin Islands takes its responsibility to report to this committee very seriously.

We have an obligation to update the C-24 on conditions on the ground on the islands and to highlight any areas where assistance is required to support the advancement of the society.

We are also obliged to share any important developments in our relationship with the UK, even if this causes a bit of discomfort in some quarters.

We respect the work that you do in the committee under the existing UN framework for Non-Self-Governing Territories.

You know better than anyone else, that for you to effectively do your job, we must first do ours.

We also have a responsibility to ensure that the rights of the people of the British Virgin Islands enshrined in the UN Charter continue to be upheld and protected.

It is therefore my duty today to provide you with a further update on the situation in the British Virgin Islands, which follows the statement made by Premier Fahie at the Caribbean regional seminar on decolonization in Grenada that is already on record.

As you are aware, Hurricanes Irma and Maria levelled the British Virgin Islands. However, two years on we are recovering. There is much farther to go, but a sense of normalcy has returned to daily life.

We are confident that in the years ahead we will make a full recovery. However, to do so, we will require continued support from our regional and international partners.

The United Kingdom has maintained support in various forms since the hurricanes struck for which we are grateful.

The United Nations has also been tremendously helpful. I am pleased to report that in the period since Premier Fahie expressed the British Virgin Islands’ desire for a deeper and broader relationship with the UN, we have received a visiting UN mission to the Territory led by Mr. Didier Trebucq, UN Resident Coordinator for Barbados and the OECS.

Our meetings were very fruitful and we are following up on a proposal for a Comprehensive Partnership Agreement between the UN and the British Virgin Islands. The Partnership Agreement will continue UN support for our recovery across sectors and provide technical assistance in the development of sectorial strategies for a National Development Plan, among other things.

In a few weeks’ time we are also looking forward to receiving the newly appointed UNDP Resident Representative for Barbados and the OECS, Mr. Magdy Martinez-Soliman. We are particularly interested in UNDP technical assistance in the development of a blue economy strategy.

Technical Assistance on the National Development Plan will be provided by ECLAC who is already assisting with the implementation of the Sustainable Development Goals.

What remains is for us to make application to the Food and Agricultural Organisation and UNFCCC for Associate Membership to support our food security and climate resilience goals.

I would like to say a few words about our relationship with the UK.

On balance the UK has been a good partner and we believe it is important that the British Virgin Islands and UK maintain a good relationship. However, this does not preclude us from updating the C-24 on the status of that relationship. Engagement with the Special Committee is our right and the United Nations can play a positive role in providing an additional layer of accountability.

Since the update provided by Premier Fahie at the Caribbean regional seminar, we have remained engaged with the UK on the issues of concern to us.

I am pleased to report that we have had some positive exchanges in the area of financial services.

While the UK Government has not changed its view on imposing public registers of beneficial ownership on the Overseas Territories without their consent and before they are a global standard, which we do not accept, there has been an acknowledgement by UK law enforcement and others that the British Virgin Islands is a jurisdiction that is at the forefront of efforts to safeguard the integrity of the global financial system with its cutting edge Beneficial Ownership Secure Search system and should be a partner in combatting any illicit financial flows.

This acknowledgement is a welcome development in an area that has been highly contentious.

We also welcome the UK Government’s response to the very disturbing recommendations contained in the report by the House of Commons Foreign Affairs Committee, entitled Global Britain and the British Overseas Territories: Resetting the Relationship.

The UK Government confirmed that their policy is not to use Orders in Council, which are very blunt colonial instruments, to force the British Virgin Islands and other Overseas Territories to legalise same-sex marriage, extend voters rights and eligibility for elected office to persons not covered by the constitution and abolish Belonger status as a category of citizenship conferred by the Territory Government.

As the C-24 continues its work in this substantive session, I would like to reiterate Premier Fahie’s request for the Special Committee to dispatch a visiting mission to the British Virgin Islands.

The impact of the September 2017 hurricanes and ongoing challenges in the Territory’s relationship with the UK have changed the society’s political, economic and social landscape.

We believe it is important for this committee to not only listen to an update by a Government representative here in New York, but to also see for yourselves what the conditions are on the ground and hear the views of the people themselves on various matters.

The UK has historically been supportive of the growth, development and advancement of the British Virgin Islands and we would welcome their support on this request.

We would also welcome if the Special Committee can help to facilitate an education campaign on self-determination to educate the population on what the range of options are for the Territory’s future. Let me state once again, the British Virgin Islands Government’s priority is recovery and sustainable development, not independence.

However, the Government still has a responsibility to ensure that the people of the British Virgin Islands are aware of the options available as they think about the Territory’s future. There are other options beside independence that must be thought through such as free association.

Understanding the options on the table will be particularly important when the next Constitutional Review takes place likely in the year ahead. We would welcome the UN sitting as an official observer to the public deliberations involved.

We of course cannot consider our future without due consideration for our region. Ongoing engagement with CARICOM, OECS and the Association of Caribbean States is needed on the many issues that confront us.

Madam Chair, as I close, I would like to thank the committee for its work over the course of the Third International Decade for the Eradication of Colonialism which will end in 2020.

However, your work remains incomplete and their will undoubtedly be a need for the declaration of a Fourth International Decade as we in the British Virgin Islands will certainly need more time and support to consider a final status on the ladder of self-determination.

I thank you for your attention.