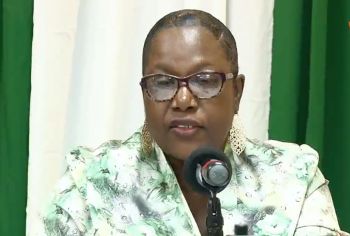 This was announced by Premier Fahie at a press conference aired live on ZBVI 780AM minutes ago, January 20, 2020 and subsequently confirmed by the Hon Maduro-Caines.

According to Premier Fahie, Maduro-Caines has bought into the vision of the VIP Government and has chosen to join the VIP to help it push its agenda for national development.

Maduro-Caines, whose mother is from Nevis, told reporters she decided to join the VIP after much deep contemplation and prayer over the last weeks as well as speaking to some of her constituents, who have supported her decision.

She said she tendered her resignation to the National Democratic Party (NDP) today, January 20, 2020.

The female legislator said she considered the vision by Fahie in the 2020 Budget Address and believes it is a plan deserving of full support for all patriotic citizens.

According to Maduro-Caines, she has seen the progress of the VIP Government in the last 11 months despite obstacles and was particularly impressed with the programmes that help industry training and academic qualifications for Virgin Islanders.

“I believe that is the direction our Territory must be headed.”

It also means the VIP Government holds 9 of the 13 seats in the Virgin Islands House of Assembly (HoA).