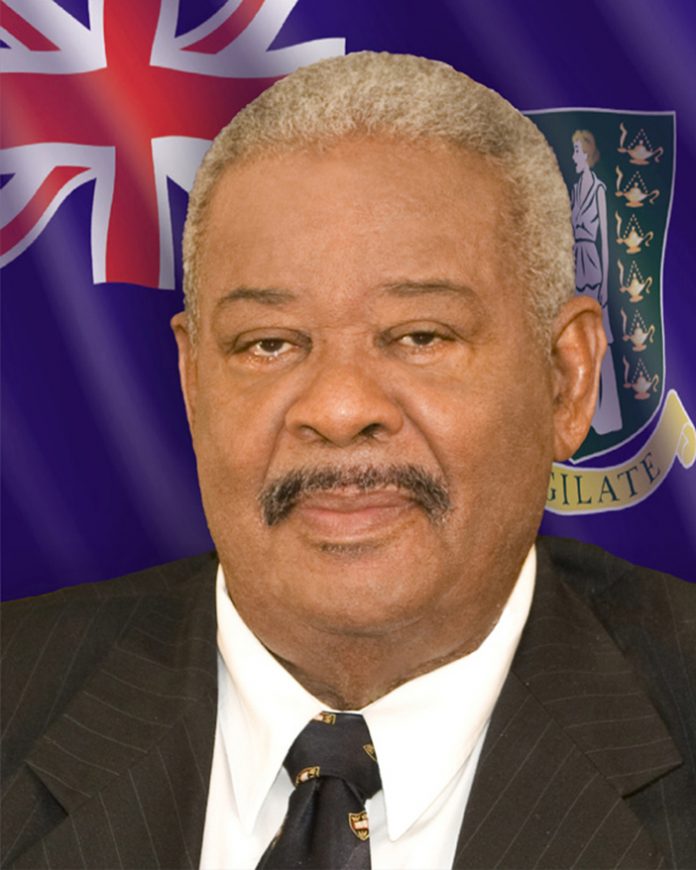 We are deeply saddened to learn of the passing of Honourable Ralph T. O’Neal, OBE, Member Emeritus of the House of Assembly.

The Honourable Ralph T. O’Neal, OBE was a great man who taught me much of what I know today as a leader. He has touched many lives as his work as a longtime servant of the people bears a good testimony of his public service, from public officer to public figure.

From the young age of 18, Mr. O’Neal commenced his career as a public officer, serving as a primary school teacher.  A few years after, having felt the need to do more for his country, he decided to work hard and later he ascended to be the second Speaker of the Legislative Council in 1958.

While he served in the House of Assembly – formerly the Legislative Council, Honourable O’Neal held the positions of Minister for Social Services, Minister for Natural Resources and Labour and Deputy Chief Minister.

In May of 1995, he became Chief Minister following the sudden passing of another Virgin Islands Stalwart, the Honourable H. Lavity Stoutt.

He was the second Chairman of the Virgin Islands Party (VIP) and we were happy to honour his legacy at a Gala during our 47th Anniversary on November 17, 2018.

Honourable O’Neal was appointed the Territory’s first Premier when the Constitution was amended in 2007.  He was the first member of the House of Assembly in recent Virgin Islands history to have been bestowed with the title of Member Emeritus.

Honourable O’Neal also willingly gave of himself in other public service areas including the Rotary Club of Road Town where he was a founding member, and also the BVI Red Cross, where he served at the highest level. He was also involved in sports including cricket.

He made several contributions to the Honourable House and the rest of the Virgin Islands by extension.

Honourable O’Neal could be described as one of the last bastions of politics as we knew it in the Virgin Islands. He was a gentleman who commanded decorum and upheld the greatest respect for this House. He was indeed a teacher, and a pillar of exemplary work not only for us who were trained under his guidance and good advice, but for his other political peers in the Caribbean region and perhaps the world.

As a forthright beacon, Hon O’Neal was the type of person who preferred to hurt you with the truth, if it was necessary for the cause of the greater good – one of the secrets, I would say, to a long and fruitful career, and an equally long life.

It was just a few weeks ago that my Government passed a motion in the House during the Seventh Sitting of the Second Session of the Fourth House of Assembly to rename the Central Administration Complex in his honour. We saw this being an important honour due to the significance of this building to us as Virgin Islanders. The Central Administration Complex, is not just a building housing government offices, it is a monument which ought to represent Virgin Island pride, a tangible proof of the beginning of a developing, progressive and prosperous society.

As we work towards revitalising such an iconic building which is part of the Virgin Islands modern history and houses our public service, let us remember his legacy always as such a significant building bears his name.

The Territory will observe a National Period of mourning to commence from 12th November, 2019, until Official Funeral and Burial. In this regard, all flags on Government Buildings are to be lowered to Half Staff throughout this period of National Mourning.

The BVI loved him. The region admired him. The world knew him—Honourable Ralph T. O’Neal, OBE. We will miss him.