Members of the St. Kitts and Nevis Cabinet, led by Prime Minister Dr. the Honourable Timothy Harris, met with former Commissioner of Police, Mr. Ian Queeley, to personally thank him for his 35+ years of service to the country in law enforcement and to congratulate him as he prepares to take up his new position as the Organization of Eastern Caribbean States (OECS) Ambassador to the Kingdom of Morocco.

Prime Minister Harris proposed Queeley as a candidate for appointment to the post of Ambassador after the OECS Authority had decided to extend formal collective diplomatic relations to the African continent with the opening of Embassies in Rabat and Addis Abba. Queeley’s candidacy was subsequently accepted by the OECS Authority.

During his farewell visit at the Office of the Prime Minister Tuesday, ahead of Ambassador Queeley’s departure from the twin island federation, Prime Minister Harris presented him with a token of appreciation for his service and commended him on this rare opportunity to not only serve his home country, but the wider OECS sub-region.

“On my own behalf as Minister of National Security and Prime Minister I want to congratulate His Excellency Mr. Ian Queeley,” the prime minister said. “I’m particularly pleased by this career change because I recall that in one of the many conversations I’ve had with then Commissioner Queeley, he had expressed an interest in international relations and so in this regard, one area in which he had given some contemplation for further active service has come true.”

Senator Phipps said Queeley has the unique opportunity of being the first OECS Ambassador, and as such, has the opportunity to shape and deepen the relations and areas of cooperation between several African nations and the sub-region.

“We might not represent a large sub-region on a global scale, but nevertheless we have proven to the world that we are a resilient people in the sub-region and we will wish that that message be carried forth by you and at the same time we also would want for us in the region to use you as our conduit in terms of building relations with North Africa and the rest of the membership of the African Union and to also look at the opportunities that can come from this new presence in Africa, specifically North Africa, as it relates to capacity building, as it relates to technology transfer, knowledge sharing and also in terms of culture,” Minister Phipps told Ambassador Queeley.

Ambassador Queeley, who departed St. Kitts Wednesday for Rabat, Morocco, in turn expressed his profound gratitude for the kind words of support and encouragement as he takes up his new post, singling out the efforts of Prime Minister Harris in making it a reality.

“It took me very little thinking to accept that that is an area that I would like to serve the country and by extension the region in because I developed a very good love and passion for that having been exposed to international relations during my Master’s programme quite a few years ago,” he said. “I will do my utmost to ensure that this country is proud of my service and the region would be proud of my service and to ensure that St. Kitts and Nevis and the entire region are well represented.” 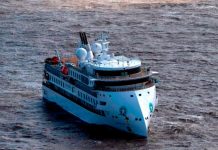 60% of Passengers on Cruise Ship Have COVID-19 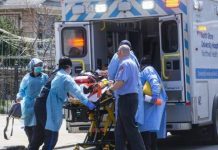