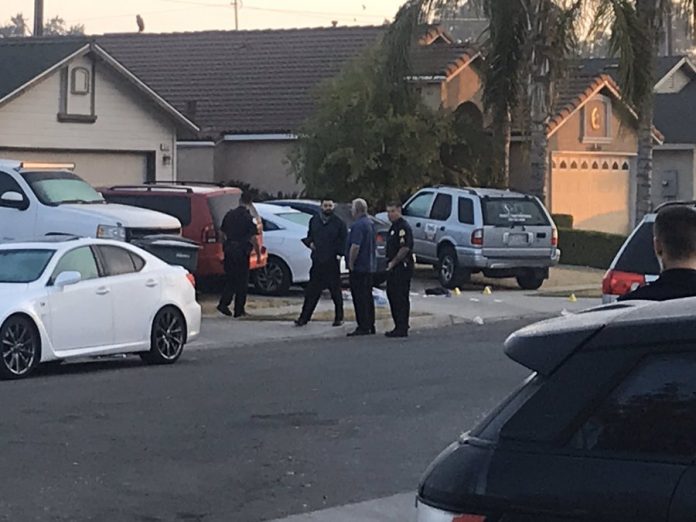 (CNN) – A group of family and friends were gathered in a backyard Sunday to watch a football game when two gunmen sneaked into the yard and began shooting, killing four young men and wounding six others, police in Fresno, California, said.

The Fresno Police Department is concerned someone might now seek to retaliate and is establishing an Asian gang task force that will aim to snuff out any further violence, Police Chief Andrew Hall said. Though he said he could not confirm the shooting was gang-related, he said his investigators weren’t ruling it out.

About 30 people, including several children who were inside the home, were attending the party when the suspects — who remain on the loose — began shooting into the crowd, according to police.

About 16 partygoers, all of them men, were in the backyard watching the Sunday Night Football game when the gunfire erupted, Hall said. The party was peaceful and not “out of control in any way. It was just a family event,” Hall said.

“The witnesses described only seeing flashes of light from the weapon, as it was too dark on that side of the house to see the suspects,” he said.

The shooting was not random, however, the chief said. The shooters were targeting someone at the residence who had been “involved in a disturbance” last week, Hall said without elaborating.

“I had two of my officers that were covered in blood and actually had to be decontaminated, go shower and change their uniforms based on what they landed in and were trying to fix,” said Capt. Anthony Martinez, southeast district commander for the Fresno police.

Those killed were Asian men — 23, 31, 38 and 40 years old — Hall said. Three were pronounced dead at the scene, while the 40-year-old was taken to Community Regional Medical Center, where he died in surgery, the chief said.

The Fresno County Coroner’s Office identified the men as Xy Lee, 23; Phia Vang, 31; Kou Xiong, 38, who lived at the house; and Kalaxang Thao, 40. All lived in Fresno.

Five additional victims between the ages of 28 and 36 were taken to CRMC with non-life-threatening gunshot wounds, Reid said. Another man was taken to a different hospital, where he was treated for a graze wound.

‘A dark day in our community’

The area is described as a 10-block southeast Fresno neighborhood that is home to many Latino and Southeast Asian, particularly Hmong, residents.

About 5,000 years ago, a third of the Hmong population migrated from what is now called China to the northern parts of Vietnam, Thailand, Myanmar and Laos. In 1893, the Kingdom of Laos became a French colony and by 1947, the Hmong were officially recognized as citizens of Laos in part due to their help fighting the Japanese in World Word II.

Many Hmong sided with the United States during the Vietnam War when the conflict spread to Laos, serving as an important ally to the US. Thousands of Hmong fled to neighboring Thailand when the Communists assumed power in 1975.

Pao Yang, CEO of The Fresno Center, a nonprofit in southeast Fresno, told reporters the community is mourning.

“It’s a dark day in our community, not only in our Hmong community, but I think in our Fresno community,” he told reporters.

He said two of the victims were well known singers in the Hmong community. “They come out and perform to our mental health clients every year, especially gearing up for the Hmong New Year,” Yang said. “A lot of these folks are scheduled to perform at the Hmong New Year. These are people that are near and dear to us. I don’t see any gang affiliation with these folks.”

Reid said: “My heart goes out to the families that are victims of this senseless violence.”

“We are going to do everything we can to find out who the perpetrators are and bring them to justice,” he said.

Police are going door to door looking for surveillance footage that could aid investigators and witnesses who may have information on the suspect, Dooley said.

There was no history of calls for service at the home where the shooting took place, Reid said.

The FBI; Bureau of Alcohol, Tobacco, Firearms and Explosives; the US Attorney’s Office and Homeland Security Investigations are assisting local police. 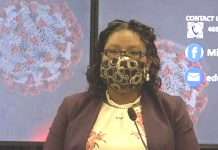