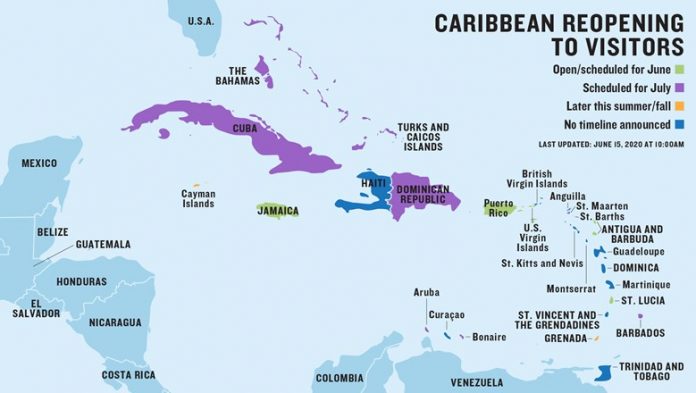 Canada’s ban on travel to the Caribbean will deliver a massive blow to Jamaica’s economy, with nearly half a billion dollars in tourism revenue to be lost. This is according to the island’s Minister of Tourism, Edmund Bartlett.

On January 29, Canada’s Prime Minister Justin Trudeau moved to suspend all flights to the Caribbean and Mexico as part of a host of new travel restrictions. The suspension of flights began on Sunday, January 31, and will run until April 30.

As one of the major tourist markets for Jamaica, Canada’s ban on travel is expected to further sink the economy of the tourism-dependent island, which has been struggling to stay afloat throughout the pandemic.

In an interview with CBC News, Bartlett said he estimates that the ban will cost Jamaica $350 million US ($449 million Cdn). That estimate is based on what the country would see during a regular peak winter season, when Jamaica welcomes between 175,000 – 200,000 Canadians.

Minister Bartlett said that he is hoping that Canada will be able to relax its measures soon to avoid a complete fallout.

“It is difficult and it is causing us some unintended consequences because I know that Canada has no real intention of hurting Jamaica. What we are doing here is to hope and pray that Canada will get through this very quickly so that we can return to the normal course of our trade relations,” said Bartlett.

The UK and the US both require negative COVID-19 tests for entry, but since December, Jamaica has had a UK travel ban in place. Prime Minister Andrew Holness estimated that the COVID-19 pandemic has cut tourism revenue by some 70%. The Jamaica Hotel and Tourist Association states that some 47% of accommodations on the island remain closed, despite the industry reopening in June 2020. Prime Minister Holness says the hotels that are open are reporting some 30% occupancy.

To cater to the tourists that are allowed to travel to the island, the government has had to put new measures in place to meet the new travel requirements.

While the government is doing all it can to cater to tourists, Minister Bartlett says the protocols will threaten the viability of tourist attractions and accommodations on the island.

Bartlett’s sentiments have been echoed by the Caribbean Hotel and Tourism Association which has warned that the region’s economic survival is in serious jeopardy because of travel restrictions.