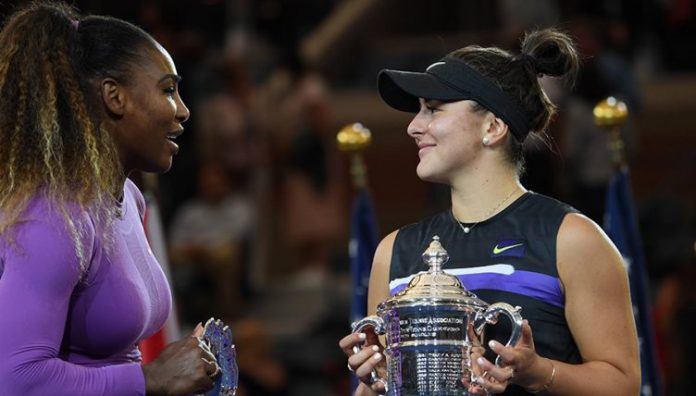 Bianca Andreescu says she is keen to carve out her own legacy in tennis after she stunned Serena Williams to win her first Grand Slam title at the US Open, the first Canadian to do so.

And, despite admitting her Obvious admiration for Williams, she says she hopes she can create her own legacy rather than simply replicating what the 38-year-old has achieved.

“I’m sure I’m not the only person that’s looked up to her,” Andreescu said of Williams.

“She’s an inspiration to many, many people, not only athletes. What she’s done off the court, too.

“She’s truly a champion. Above all, she’s very kind-hearted.

“She came up to me in the locker room, she said some really nice things, which I’ll cherish for a really, really long time.When asked about the obvious similarities in their playing styles, Andreescu added: “I’ve really strived to be like her.

“Who knows? Maybe I can be even better.

“We like to keep the points short with our aggressive game style. We like to use our serve to our advantage. I think we fight really, really hard.”

“But at the same time, I want to make a name for myself.”