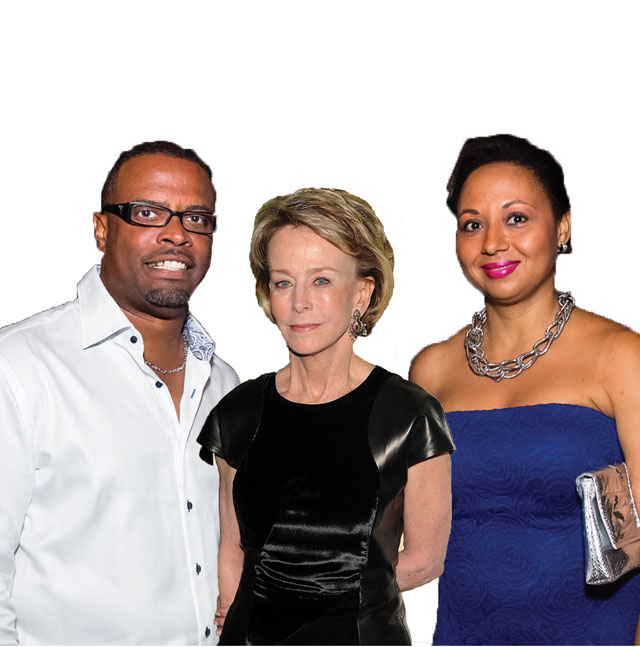 As the legal battle continues in court in relation to the Candy Resort in Liburd Hill, new information has been revealed about the involvement of the minister of tourism and his wife in the project.

Last week, the High Court granted Anne Bass’ application for judicial review to quash the decision by the director of Physical Planning and the Development Advisory Committee made in April 2016 “granting permission to Caribbean Development Consultant Ltd to construct a 17 building, 51 unit development, together with a guard house, restaurant, two parking lots, badminton courts, and volleyball site on 4.4 acres of coastal land at Liburd Hill, St. James, Nevis[,] which is referred to as the HTRIP Candy Resort Villa Development on the following grounds, namely that the said decision is unreasonable and exceeds the powers of the decision maker or makers.”

A judicial review is a court proceeding in which a judge reviews the lawfulness of a decision or action made by a public body. Judicial reviews challenge the way a decision has been made, rather than the rights and wrongs of the conclusion reached.

Bass first filed a lawsuit against the director of the Physical Panning and the Development Advisory Committee at the High Court in Nevis last year. The lawsuit claims that the approval process for the construction of the HTRIP Candy Resort Villa Development at Liburd Hill did not follow Nevis’ physical planning laws or comply with national and international environmental laws – including the United Nations Convention on Biological Diversity and the Cartagena Convention – and it seriously threatens sensitive environmental areas.

The acting judge, Justice Darshan Ramdhan, handed down a 45-page judgment last week.
Bass claims that the Honourable Mark Brantley met with her at her property at Liburd Hill to address concerns regarding the environment impacts from the proposed development and the need for careful planning on Nevis that best considers both the short-term and long-term interests of all Nevisians.

Bass said that in August 2014, Brantley notified her that he had met with the Chinese owners of the property, who are clients of his wife Sharon Brantley. As part of their conversation, Brantley allegedly told Bass that the owners were prepared to sell the property, they wanted the sale to happen quickly and communications should happen between her and Sharon about the sale. After contacting Sharon, an asking price was not determined as yet.

“After not hearing further from Mrs. Brantley, I emailed her on October 28, 2014, and requested an update on the owners’ interest in selling the property. Mrs. Brantley responded that same day and said that the owners were no longer interested in selling their land, but ‘they have modified their plans to build a smaller and higher-end project.”
Candy Resort, a $20 million resort-villa development held a ground-breaking ceremony on the property in April 2015. Bass said that she subsequently met again with Brantley to discuss the environmental impact of the project and concerns regarding the approval of the project, including the EIA. Bass said that in June she notified Brantley that she would by proceeding with legal action.

“On June 29, 2015, Mr. Brantley emailed me stating that the manager for the Candy Development asked if I was still interested in purchasing the property. He said that he would be in Nevis in July and he wanted to meet with me. On July 22, 2015, Mrs. Brantley emailed me and said that the owners of the land were willing to sell the land to me for $2.5 million, with me being responsible for the transactional fees, including transfer taxes, realtor fees and legal fees. In lieu of asserting my legal claims against the approval of the Candy Development at the time, I proceeded with the purchasing the property in response to the developer’s offer to sell, as communicated to me through Mr. and Mrs. Brantley. Indeed, I specifically discussed with my attorney that I was pursuing negotiations for the property in response to the developer’s offer sell in lieu of filing a lawsuit at that time.”

Bass said that an agreement was made between the developer and herself of a price of $2 million, plus the 10 percent transfer tax.

Bass said that after requesting the Purchase of Sale agreement, she received information that it would be sent in a week. After not receiving it, Attorney Dia Forresteter of Daniel Brantley and Associates informed her that her client will not be proceeding with the sale of its property at Liburd Hill because “the property is an approved development for economic citizenship and several of CDCL’s existing and reserved clients wish for the company to proceed with the development.”

In Justice Darshan Ramdhan’s summary, he wrote the following:

“I have considered all of the circumstances. I have looked at the evidence is that the applicant engaged the Government of Nevis, speaking to no less than the Deputy Premier Mark Brantley at least a year before the challenged decision was made. She was making her environmental concerns clear to the Government as to what result if a particular project was allowed to proceed. There is evidence that the unusual happened. The Deputy Premier and his wife began to speak for the Developers who had submitted an application for planning permission. Talks of a sale of the property began. The evidence shows that the applicant expressed her readiness to buy the Property. To my mind, this is relevant to the issue of good administration and any prejudice which may have been caused the developer. Here there is evidence that when a complaint was made to the Government about a flawed development, the official’s response was to inform the complainant that the developer were considering selling the property.”

The judge also noted that it would be “difficult” to conclude that Bass, who would have prior expressed a real desire to buy the property, “should have ignored the Deputy Premier’s indication and proceeded to court. She presents cogent evidence that she took a deliberate decision to stay the court proceedings and engage the developers through the agency of the Deputy Premier and his wife, the real estate broker.”

There has been no date set for this matter to be heard.