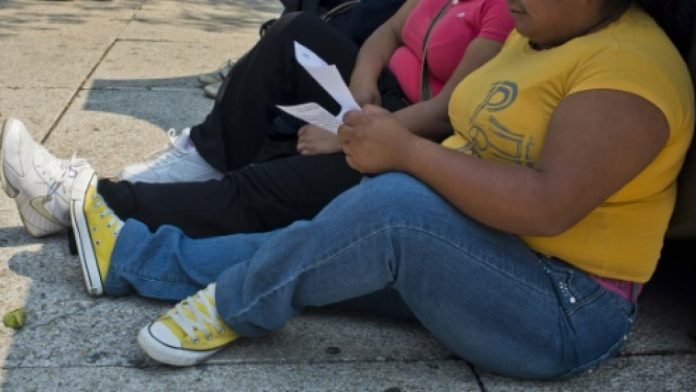 Latin America and the Caribbean is facing an obesity epidemic while paradoxically the number of people facing food insecurity in the region continues to rise, the OECD and FAO warned in a report on Monday.

“In Latin America and the Caribbean … obesity currently affects around one quarter of the population, while about 60 percent of the population is overweight,” the Organisation for Economic Cooperation and Development and the UN’s Food and Agricultural Organization said in a joint report.

It called the rapid development in the number of people who are overweight and obese an “epidemic” and a “growing public health problem”.

The report, an overview of developments expected in the food and agricultural sectors over the coming decade, found that a combination of excessive calorie consumption, unbalanced diets and declining activity levels were fuelling a growing burden of overweight and obesity in various countries across the world.

It said that in many low and middle-income countries, obesity exists alongside undernourishment and micronutrient deficiencies, calling it “a ‘triple burden’ of malnutrition”.

In Latin America and the Caribbean “obesity seems to remain on the rise, particularly affecting lower-income sectors of the population, women, indigenous peoples, Afrodescendants and, in some cases, children”, said the report.

“Paradoxically, being an agricultural and food surplus region, Latin America witnessed the number of food insecure population increase for the third consecutive year,” it added.

Latin America is one of the world’s major food exporting regions, and the OECD and FAO said the rising food insecurity was likely driven by “the affordability of food to poor consumers … rather than the physical availability of food…”.

The report pointed to a shift to animal-based proteins from a traditional diet rich in cereals, roots, tubers and pulses. The percent of fat-based calories in diets has also been rising across the region, although it is still just below the recommended level.

It noted that the share of added sugars in the diet also exceeds the recommended level, although this is dropping.

The report pointed to government policies in several countries to encourage healthier food choices, including controls on advertising of processed foods and beverages to children in Chile, and a health-related tax on food in Mexico.