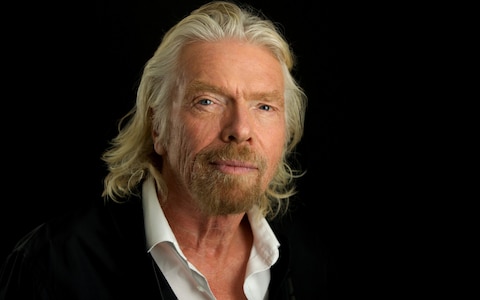 From his private island in the Caribbean, Sir Richard Branson is trying to convince the UK government to give his Virgin Atlantic airline a £500m bailout to help it survive the coronavirus pandemic and the economic fallout of the lockdown.

The billionaire, who also wants £700m from the Australian government to bailout Virgin Australia, has the backing of bosses at Airbus, which makes Virgin’s planes, and Rolls-Royce, which makes its jet engines, who have warned ministers that if the airline collapsed it could drag them down too.

At the weekend, Manchester Airports Group chief, Charlie Cornish, added his name to the list of travel industry bosses desperate for Virgin to survive, saying in a letter to chancellor, Rishi Sunak, that Virgin flights “are directly benefiting the economies of Manchester and the surrounding region”.

He said: “Virgin Atlantic’s growth in capacity has been essential in allowing Manchester to become one of the best-connected European airports to the US.”

Branson, who founded Virgin Atlantic in 1984 and retains a 51% stake alongside US airline Delta with 49%, is pleading for UK government support. And he has the industry’s backing.

But Branson’s plea has prompted a substantial backlash, with many pointing out that the entrepreneur has paid the exchequer no personal income tax since moving to the tax free British Virgin Islands (BVI) 14 years ago.

Former shadow chancellor John McDonnell told the Guardian it was unacceptable that “rich billionaires [were] milking the system” at a time of national crisis.

Angela Rayner, deputy leader of the Labour party, tweeted: “Richard flog your private island and pay your staff, we are in unprecedented times here. Now is the time your staff need support after making mountains of cash for the company.”

It is not just Labour MPs who think the billionaire should dig into his own resources to help out in the current crisis. Richard Fuller, Conservative MP for North East Bedfordshire, told Branson to “pay your employees yourself their unpaid leave”.

Fuller added: “When it comes to looking at the protection of your workers, the time is now, and we will judge you all by your actions.”

Sunak told Virgin Atlantic and other airlines last month that the government would offer them no special support. He said airline companies were expected to raise money from shareholders and to have “exhausted other options” before asking for state help, which would only be there as “a last resort”.

Branson, who is the 312th richest person in the world with an estimated $5.2bn (£4.2bn) paper fortune, told staff the company faced a “massive battle to survive and save jobs”.

He pledged to inject $250m into Virgin Group, his empire that stretches from planes and trains to health clubs and spaceships and employs some 70,000 people. The $250m pledge – of which $100m is thought to be earmarked for the airline – is 5% of his fortune.

Thousands of staff across the group, including 8,000 working for Virgin Atlantic, have been put on extended leave or asked to take voluntary redundancy.

Virgin Care had been awarded £2bn worth of NHS and local authority healthcare deals, but paid no corporate tax in the UK as it operated at a loss. The company is ultimately controlled by Virgin Group Holdings in the BVI.

Branson, who often drapes himself in the Union flag and last year had Virgin Atlantic planes painted with a range of mascots carrying the flag, claims he moved to his private 30-hectare Necker Island, part of the BVI archipelago, to take advantage of the weather rather than the tax breaks.

“I have not left Britain for tax reasons but for my love of the beautiful British Virgin Islands and in particular Necker Island,” he said in a now-deleted blog post when his Caribbean tax domicile was revealed in 2013. “I have been very fortunate to accumulate so much wealth in my career, more than I need in my lifetime and would not live somewhere I don’t want to for tax reasons.”

At the nadir of the stock market rout last month, Branson moved his $1.1bn stake in Virgin Galactic Holdings, his space tourism for billionaires business, from the US state of Delaware to the BVI. US regulatory filings show the transfer was made on 16 March – that day the Dow Jones Industrial Average suffered its worst one-day point drop in history.

A spokesperson said: “This is as an internal re-organisation that has no effect on our ownership interest.”

Virgin Group said the company paid all of corporate taxes due in the UK and the other countries in which it operates. The company’s tax strategy statement states: “We invest significant resources in managing and monitoring our tax risk to ensure that we pay the right amount of tax.”

Dividends sent to Branson on Necker island are not subject to any taxes. He collected £306m in dividends from Virgin Trains before losing the franchise for the west coast main line last year. Loss-making Virgin Atlantic has not paid a dividend in recent years, but in 2014 it paid shareholders £87.9m.

Branson is not the only member of the tax efficient wealthy elite seeking to benefit from the government’s furlough scheme. Sir Philip Green is asking the taxpayer to support 14,500 employees at Arcadia, the fashion empire that includes Topshop.

Tottenham Hotspur football club, which is majority-owned by Bahamas-based billionaire Joe Lewis, has put hundreds of its non-playing staff on the furlough scheme. Newcastle’s billionaire owner, Mike Ashley, has also put Newcastle’s non-football staff on furlough and applied for the government’s support.

Luke Hildyard, who campaigns against executive excess at the High Pay Centre, said: “At a time when the government is struggling to fund the NHS and support low and middle income earners hit by the economic shutdown, it would be unthinkable to commit hundreds of millions of pounds to an effective bailout for billionaire Richard Branson and multibillion dollar corporation Delta Airlines.

“If Branson and Delta can’t find the money to fund Virgin Atlantic through this period themselves, they should have to accept a loss and a dilution of their shareholding, with the company moving into part public ownership.

“The 2008-09 financial crisis should have taught us that lavishing public money on big businesses, often ones with questionable social and environmental records, without any conditions attached would be a big mistake.”