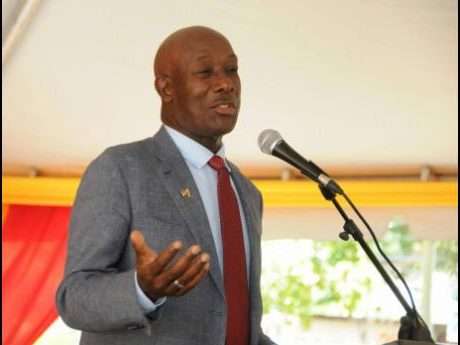 GEORGETOWN, Guyana (CMC) — Chairman of the 15-member Caribbean Community (Caricom), Dr Keith Rowley, the prime minister of Trinidad and Tobago, says the regional body is “deeply saddened and concerned at the unprecedented scenes that unfolded at the Capitol Building in Washington DC, during the certification of the votes of the presidential elections by the US Congress”.

In a statement yesterday, Rowley said that the storming of the US Congress was “a gross affront to democracy and the rule of law in a country which has been viewed as a leading light of representative governance the world over”.

“Caricom looks forward to the restoration of order and the continuation of the process of transfer of power in a peaceful manner.”

Foreign Affairs and Foreign Trade Minister Kamina Johnson Smith, in a post on social media, said the Andrew Holness-led Administration is deeply concerned over “developments in Washington” which saw the storming of the US Capitol.

“We continue to follow the events and trust that there will be a prompt return to normalcy in this important neighbour and #democracy in the Western Hemisphere,” she said.