Carnival season officially returned to Cayman for the first time in two decades Friday with the opening of an amusement park for a six-week run through Christmas and New Year. But not everyone is happy about it.

A small vacant lot off West Bay Road has been rapidly transformed into an arena for rollercoasters, bumper cars and a variety of other fairground attractions.

“We’ve got the Skyfall, Vertigo, Orbiter, the Cliffhanger,” said Dominic Vivona, one of the owners of Amusements of America, which has brought its traveling carnival to Grand Cayman, as he oversaw set-up of the rides this week.

“Some let you down, some spin you around, some take you high, they all do different things. For the teenagers, they are all favorites.”
Matthew Leslie’s Cayman Mardi Gras promotions company contracted Amusements of America to bring the event to Cayman. The company takes its carnival on the road throughout the U.S. year round and has traveled to the Dominican Republic, the Bahamas and Puerto Rico previously.

Mr. Vivona said, “We are one of the largest carnival companies in the U.S. We take this all over America, the Caribbean, South America. This is our first time in the Cayman Islands and we are very excited about being here.”

Mr. Leslie hopes to see 30,000 people through the gates over the next six weeks. He said the event, dubbed the Cayman Winter Carnival, would provide some excitement, especially for young people over the festive season.

“This island can be quite boring when it comes to nighttime activities,” he said. “This is something for the whole family to do.
“A lot of parents can’t afford to go to Disney World. This is on a much smaller scale obviously, but it is something the family can enjoy.”

He said the event would also provide casual work for many Caymanians over Christmas, putting money in the pockets of around 200 people over the course of the event.

The rides were in place Thursday and the site was undergoing final safety inspections ahead of opening at 6 pm. Friday.

Bill Essick, a safety inspector from Wagner Consulting Group, which has been contracted to oversee the set-up of the park, said engineers were looking at every component on the rides to ensure they were running smoothly. He said Amusements of America was a reputable company that had a good record and the event was on course to open on time Friday.

“If my 4-year-old and 6-year-old were here, I would put them on any ride as long as they were tall enough,” he said.

In the background to the event, Mr. Leslie has filed a lawsuit against the website Cayman Marl Road and its purported owner Sandra Hill over an article the site published alleging the carnival “may be a scam.”

The basis for the article appears to have been a Photo shopped image of a shipping container carrying the carnival’s logo.

Lawyers for Mr. Leslie argue in a court filing that it should have been obvious to the blogger that the images were “promotional materials” and not the actual shipping containers bringing the carnival to the island.

The court document also highlights a passage in the web story which stated, “Cayman Marl Road has sufficient reason to believe the much anticipated Cayman Winter Carnival may be a scam.”

The statement of claim suggests those words were intended to imply Mr. Leslie was engaged in a dishonest business venture with the purpose of defrauding the public.

Mr. Leslie said the article had already been proven to be completely untrue.

Ms. Hill said she would defend herself against what she described as a “frivolous lawsuit.” She said Mr. Leslie had acknowledged that he “doctored a photo” in his efforts to promote the event. She added that Cayman Marl Road was registered in the U.S. and questioned whether the Cayman courts had legal jurisdiction to deal with his claim 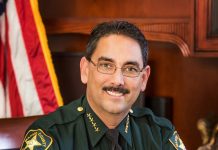 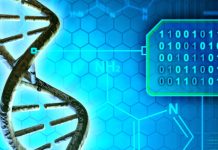 Finally A Cure For AIDS In The Pipeline? Don’t Count On It Yet. 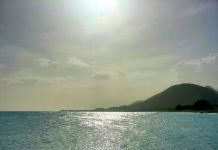 So Much Trouble In The World–Bob Marley Beach Closed In New Jamaica Lockdown. 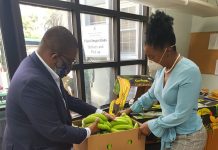 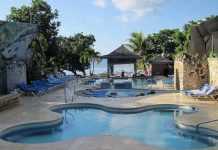 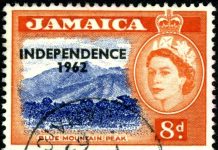