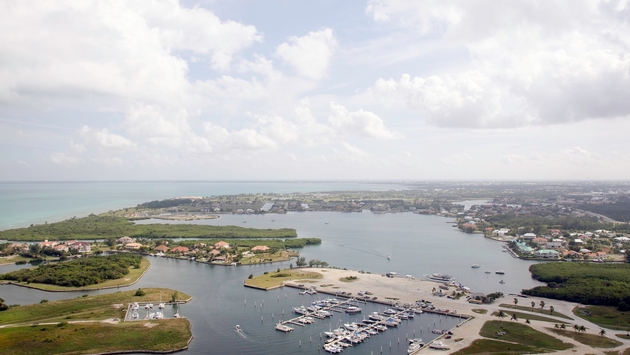 The future of cruise tourism in one of the Caribbean’s main ports of call could be determined this month when the Cayman Islands’ Grand Court reviews a citizens’ referendum to halt construction of a government-approved, $200 million port development in Grand Cayman’s George Town Harbour.

In December the Cayman Grand Court ordered the referendum’s postponement while the court reviews its wording and voting mechanisms at a January 20 hearing. Local observers predict the review’s timing means the referendum is unlikely to be held before March.

The cruise port development sparked widespread debate across the Cayman Islands throughout 2019. Government officials pressed ahead with the long-planned development in July, announcing agreements with a consortium that includes Carnival Corporation, Disney Cruise Line, MSC Cruises and Royal Caribbean International.

At the same time, Cruise Port Referendum Cayman, a consortium of environmentalists, politicians and others opposed to the port project, gathered sufficient signatures to force a public vote on the development.

Alden McLaughlin, the Cayman Islands’ premier, said in a New Year’s address the port project’s future is an “important constitutional [matter] to be settled in early 2020” and he is confident the development is “supported by most Caymanians” and will proceed if the referendum finds a majority supports the plan.

However if the public ultimately votes against the dock, the government would accept the result and halt the project, McLaughlin said.

He added that if the “no” vote fails to reach the required threshold [more than 50 percent of the entire electorate], “I call on those opposing the government’s case to accept the result for the project to go ahead.”

Approval would not result in immediate “dredging in George Town Harbour,” McLaughlin added. Instead, he said the government would “work to determine how best to mitigate environmental concerns.”

Explore and Save on These Caribbean Destinations with…

Research firm GlobalData reports that construction of the port will cost Cayman taxpayers at least $6 million annually. Cruise Port Referendum Cayman activists have questioned the project long-term value, its potential to create overcrowding in George Town and other areas frequented by tourists, and its environmental impact on Grand Cayman and George Town Harbour’s coral reefs.

Despite being the only major Caribbean cruise port without a modern terminal facility, the Cayman Islands hosted 1.92 million cruise passengers in 2018, the third-highest total among destinations tracked by the Caribbean Tourism Organization.

Kirkconnell said the port financing plan follows a model recommended in a PwC analysis. “The business case recommended a public/private partnership to fund the piers construction,” he said.

“This means that [cruise lines] have a vested interest in returning to Grand Cayman and we have the assurance that when the piers are built,” he added, “the world’s largest cruise lines will include Grand Cayman on their itineraries for decades to come.”

The cruise lines will recoup their investment via a portion of a per-passenger fee collected when ships arrive in port, Kirkconnell said, while the Port Authority of the Cayman Islands will own, operate and manage the port.

Meanwhile, the Cayman Islands continue to report strong cruise traffic. November 2019 cruise ship arrivals were up two percent compared with 2018, the third-best November this century according to Department of Tourism officials. The destination is expected to report 1.8 million cruise passengers for 2019, among the top three annual totals recorded since 2000.