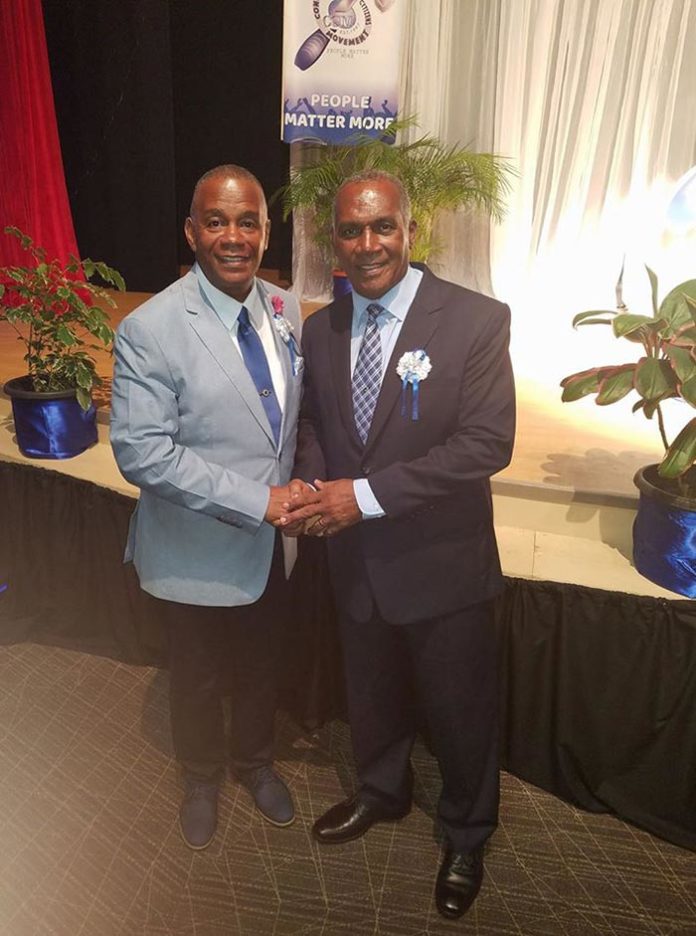 Eric Evelyn, a new candidate with the Concerned Citizens Movement, will contest the next Nevis Island Administrative Election, for the seat of St. George, Gingerland currently held by Nevis Premier the Hon. Vance Amory.. He will announce his candidacy 7 pm. Friday (Nov.24) at a reception at Hanley’s Road Community Centre.

Evelyn became the newest candidate following Amory saying he would not contesting the next election. As such on October 29 during the CCM’s convention, the party’s constitution was ratified and the final votes were held to solidify the party’s executives.

Hon Mark Brantley was successfully elected the new leader of the party. Brantley will take over for Amory, who has been at the helm of the party for 30 years, since its inception in 1987.

The Observer contacted Evelyn Wednesday who expressed his excitement on the launch which will be held in the village where he lives.

“I am very excited,” Evelyn said. “Hon Vance Amory will be officially handing over the baton to me in my Village. Everyone will have a great time at the launch. It will go until 2 am as there will be live entertainment.”

When questioned if there will be fireworks at the end of the night he said, “will there be fireworks? I will be the fireworks.”

The Observer also contacted the CCM party’s Public Relations Officer Timothy Caines on Thursday who noted “we are launching a very popular man; he will be a very popular candidate.”
The Observer questioned Caines as to if persons can expect the Premier to announce the dissolving of parliament he said “It’s the season, parliament can be dissolved at anytime.”