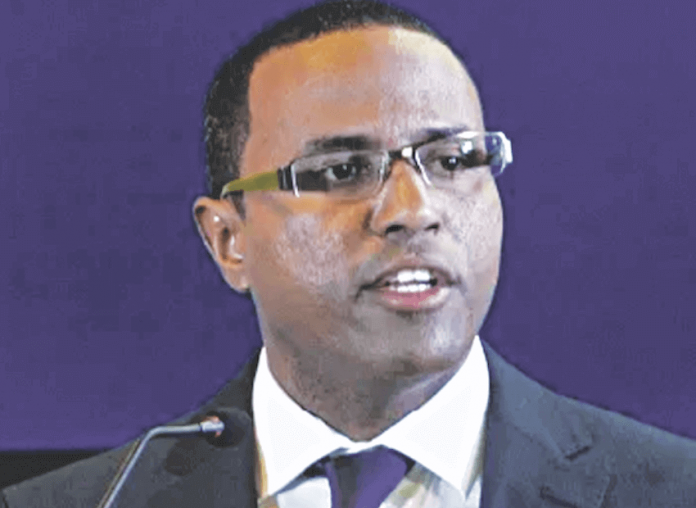 WHEN DR Justin Ram, director of the economics department at the Caribbean Development Bank (CDB), gave a speech in 2018 at a regional stakeholder consultation session on the CARICOM Single Market and Economy (CSME) initiative in Guyana, he hit on a major issue that has plagued the region’s leaders for several years.

Ram was addressing what has been dubbed the Caribbean ‘brain drain’.

He said: “When we look at the data, many of the countries [in the region] have lost as much as 70 per cent of their labour force with more than 12 years of schooling.

“That is to say, 70 per cent of our population that we have schooled to tertiary education has left our shores.”

In the Caribbean context, the “brain drain” is reflected in consistently high migration patterns of potentially the most productive segments of the population.

Decades of migration has served to enhance the economic problems that have become particularly acute over the last 10 years.

Following the 2008 financial crisis many Caribbean countries implemented deep austerity programmes to deal with the crisis and also bring decades of public spending under control.

With high debt, low foreign investment and a contraction in key industries such as tourism, the “brain drain” has only made the problems in the region more difficult to overcome.

Former premier of St Lucia Kenny Anthony has described the economic situation of the Caribbean as one of the biggest economic crises since independence.

Historically, the Caribbean has been the site of significant migration flows. For more than 200 years, its people have migrated to other regions in search of work and more opportunities.

The 20th Century, in particular, saw significant movements of people from the region to the United States, Canada and the United Kingdom as post-war economies sought Caribbean labour to harness the high-level skills that many of the educated migrants possessed.

Those who arrived from the Caribbean in the UK as a source of labour to help rebuild the country after World War Two have become known as the Windrush Generation.

Alongside these movements, however, has been a significant impact on the countries from which Caribbean migrants originated from.

The Caribbean has been the site of the largest and most significant effects of the “brain drain” – a loss of skilled labour that has had a debilitating effect on the economic development of most countries in the region.

“Around 22% of the Caribbean population lives abroad”

What has been many developed countries’ gain has been a loss for the region and the economic effects have become more apparent as the region moves forward in the 21st Century amidst greater competition and vulnerability in the global economy.

Between 1965 and 2000, around 12 per cent of the labour force of the Caribbean had emigrated to an OECD country – which is almost twice the amount for Central America and six times the average rate for most developing countries.

This has meant that the Caribbean, within that timeframe, has exported more educated and skilled labour (in proportion to its population) to the benefit of other countries than any other region in the world.

Approximately 22 per cent of the Caribbean population lives abroad, with half that percentage having migrated to the United States, Canada and the United Kingdom.

The other half migrated within the region to countries such as the Bahamas, British Virgin and US Virgin Islands, and the Turks and Caicos Islands. Since the 1990s, Haiti, Cuba, the Dominican Republic and Jamaica have been the largest sources of migrants from the Caribbean.

When looking at highly skilled labour, the rate of emigration is on average 70 per cent with several countries such as Jamaica, Guyana, St Vincent and the Grenadines, and Haiti losing over 80 per cent of their highly skilled working population. Much of the “brain drain” in the Caribbean lies in the inability of countries in the region to generate adequate employment opportunities for working age people.

In the English-speaking Caribbean, a significant proportion of the population are educated to tertiary level but then lack job opportunities that reflect their qualifications.

This is reinforced by Frédéric Docquier and Maurice Schiff, researchers for the German based Institute for the Study of Labour, who argue that small states tend to be more dependent on trade and less diversified than larger economies.

The small territorial size, small population and (in most cases) limited natural resources forces small states to specialise in the production and export of a few goods and services while relying on imports for significant amounts of finished goods that they cannot produce in large amounts, owing to high production costs.

Small states tend to be comparatively more vulnerable to external price fluctuations and natural disasters which could often lead to more volatility in growth compared to countries with larger and more diversified internal markets.

As a result, when an economic downturn occurs in large countries skilled labour would often migrate internally while skilled labour in small states would emigrate to other countries.

Despite the challenges posed by the brain drain, there is growing evidence from other developing countries that it is not a terminal condition that Caribbean countries necessarily have to endure indefinitely.

Recent evidence from countries such as India, China and Brazil provides tentative hope that it is possible for countries to tempt their nationals back if the right policies and opportunities are provided.

Because of the Caribbean’s position as small island states, pursuing closer and more effective regional integration through the enhancement and development of CARICOM could help expand and diversify the markets that could potentially keep skilled labour in the region.

Additionally, a co-ordinated regional effort to create knowledge-intensive, service-oriented economies that has been done in the previously mentioned countries could also help. Other options include encouraging medium-term immigration of skilled labour from other countries and regions to stimulate economic diversification.

As more industries develop, more employment opportunities would (in theory) open up, slowing the migration of highly skilled labour and encouraging those who have left to return.

Hopefully with these options considered, governments and policy makers will move forward to reverse the brain drain and chart a clear path for the Caribbean’s development in the 21st Century.