MEXICO CITY, Sept 18 (Reuters) – Latin American and Caribbean nations should aspire to a bloc like the European Union, Mexico’s president and other leaders said at a summit on Saturday, in a bid to wrest influence away from the Washington-based Organization of American States (OAS).

For years, a few of the region’s leftist standard-bearers who attended the gathering of the Community of Latin American and Caribbean States (CELAC) have viewed the OAS as too close to the United States, resenting in particular its exclusion of Cuba from its members states.

The host of Saturday’s summit, Mexican President Andres Manuel Lopez Obrador, told more than a dozen presidents and prime ministers at the opening ceremony that such a revamped diplomatic body could better boost the region’s inequality-stricken economies as well as confront health and other crises.

“In these times, CELAC can become the principal instrument to consolidate relations between our Latin American and Caribbean nations,” he said in a cavernous ballroomat Mexico’s ornate national palace where leaders took turns speaking and some sparks flewbetween ideological adversaries.

“We should build in the American continent something similar to what was the economic community that was the beginning of the current European Union,” the leftist Lopez Obrador said. He emphasized the need to respect national sovereignty and adhere to non-interventionist and pro-development policies.

The leaders gathered at the invitation of Lopez Obrador with a stated aim of weakening the OAS. The summit’s kickoff focused attention on the region’s center-left leaders, including Peru’s new president, Pedro Castillo, Cuba’s Miguel Diaz-Canel and Venezuela’s Nicolas Maduro.

Brazil’s right-wing President Jair Bolsonaro pulled out from CELAC last year, criticizing it for elevating undemocratic countries. Argentina’s Alberto Fernandez canceled at the last minute due to a sudden cabinet shuffle in his country. 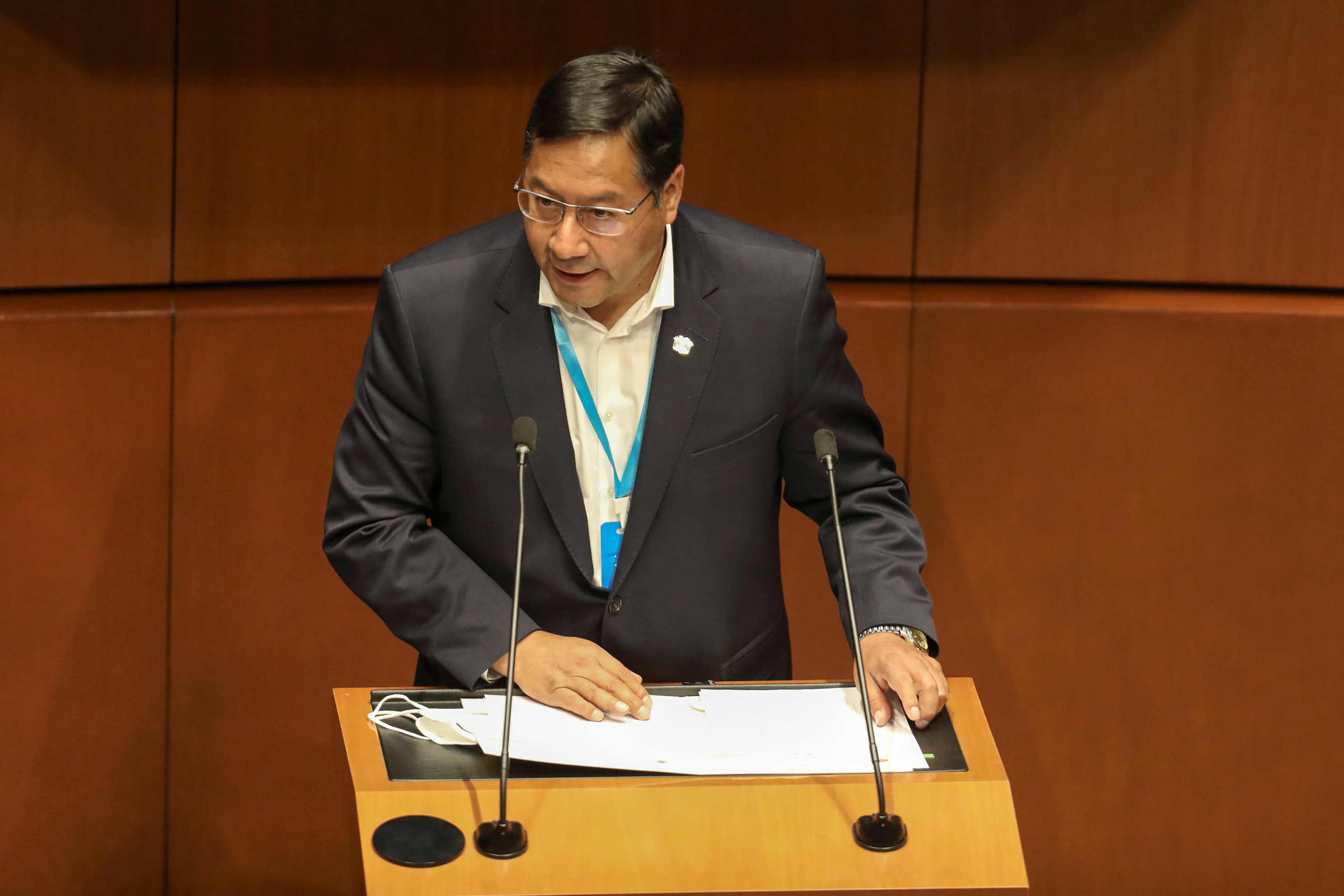 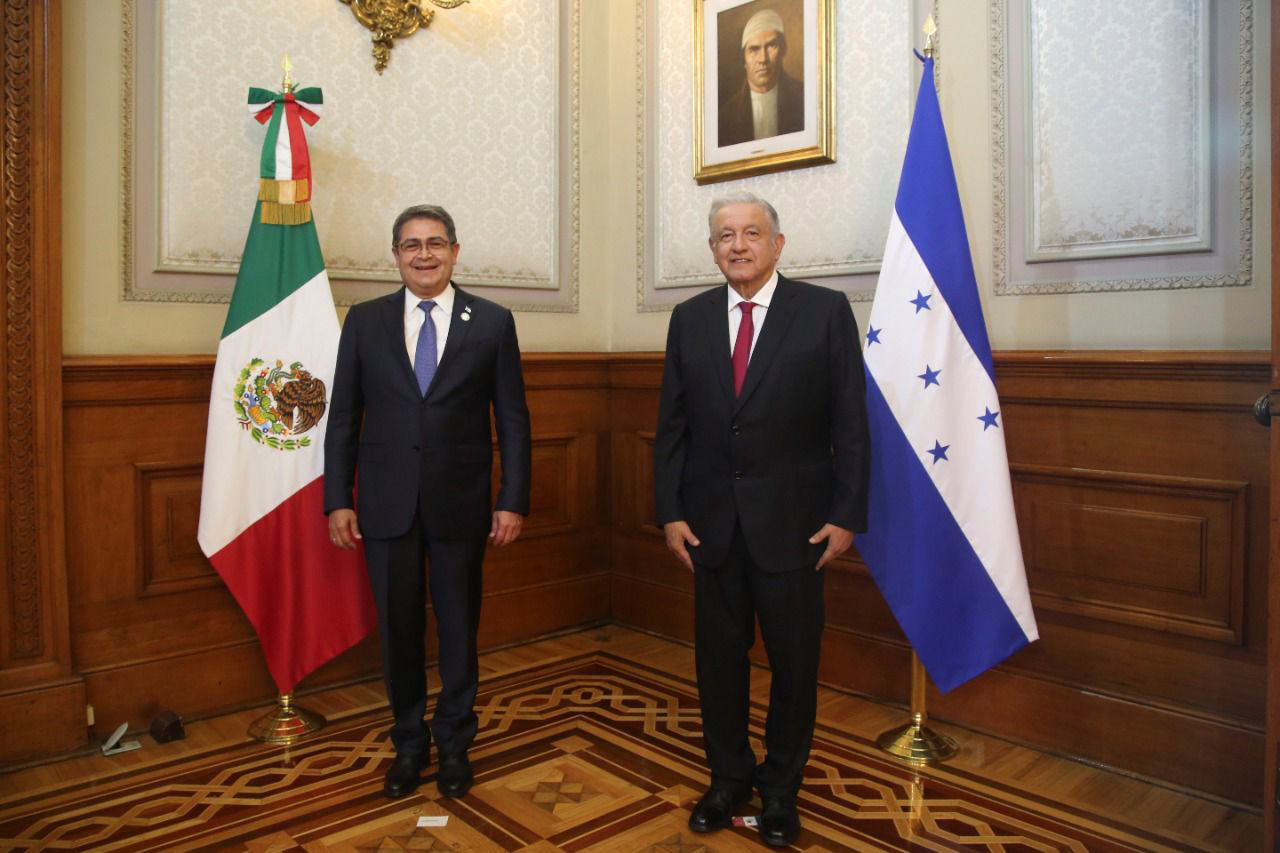 Mexico’s President Andres Manuel Lopez Obrador speaks before the traditional military parade to mark the bicentennial of Mexico’s Independence from Spain, and ahead of the summit of the Community of Latin American and Caribbean States (CELAC), at the Zocalo square in Mexico City, Mexico September 16, 2021. REUTERS/Gustavo Graf

Some fissures emerged among leaders. Uruguay’s center-right President Luis Lacalle said his participation should not be interpreted as an embrace of some of the region’s more authoritarian regimes or a rejection of the OAS.

“We are worried and look gravely at what’s happening in Cuba, Nicaragua and Venezuela,” he said, ticking off what he described as repressive actions including jailing of political opponents.

Cuba’s Diaz-Canel fired back by attacking neo-liberal policies that he said have retarded social progress. He also criticized Lacalle’s leadership, noting the large response from a recent petition drive by his domestic political opposition.

The Uruguayan responded by criticizing Cuba’s communist government, noting it does not tolerate opposition or allow its people to elect their own leaders.

A new CELAC fund to respond to natural disasters was also announced.

Venezuela’s late President Hugo Chavez helped set up CELAC in 2011, and his embattled successor Maduro arrived in the Mexican capital late on Friday as a surprise addition. read more .

In remarks Friday night, Maduro suggested a new CELAC headquarters be established in the Mexican capital. Mexico’s Foreign Minister Marcelo Ebrard politely sidestepped that proposal on Saturday when asked by reporters, describing the idea as premature.