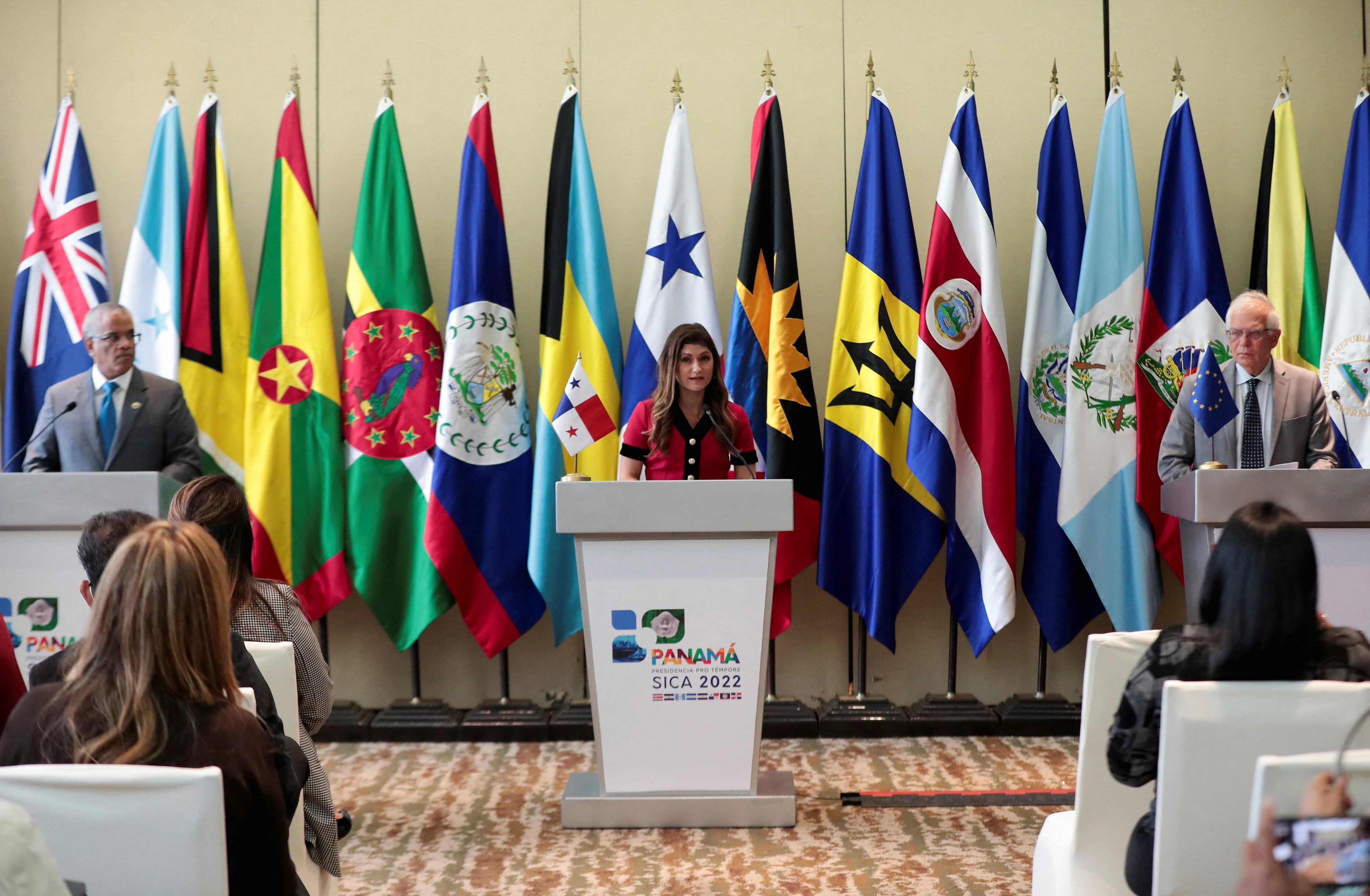 Panama’s Foreign Minister Erika Mouynes speaks next to Belice’s Foreign Minister Eamon Courtenay and High Representative of the European Union for Foreign Affairs and Security Policy Josep Borrell during a news conference after they attended a meeting with foreign ministers from Central America and the Caribbean, amid Russian invasion in Ukraine, in Panama City, Panama May 3, 2022. REUTERS/Erick Marciscano

PANAMA CITY, May 3 (Reuters) – Two blocs of Central American and Caribbean countries condemned Russia’s attack on Ukraine and warned about the impact of the conflict on the region Tuesday, following meetings between diplomats and a high-ranking European Union representative.

More than a dozen foreign ministers met in Panama Monday and Tuesday to discuss global issues affecting the region, such as the consequences of the invasion of Ukraine, economic conditions and the lingering effects of the COVID-19 pandemic.

Speaking for the Caribbean Community bloc, which represents the majority of the Caribbean, Belizean Foreign Minister Eamon Courtenay said in a news conference, “We demand the cessation of hostilities with respect to the territorial integrity and sovereignty of Ukraine.”

Panamanian Foreign Minister Erika Mouynes said the Central American Integration System, of which all countries in the region are members, “strongly (condemns) the use of force and violence” by Russia.

Mouynes also said the region was working on building a social and political framework to deal with such threats as increasing fuel and food prices.

The condemnation of Russia comes during a visit to Panama City by top European Union diplomat Josep Borrell, who chairs meetings of the EU’s Foreign Affairs Council. Borrell said Tuesday he was “grateful” for the positions of the two blocs in Central America and the Caribbean.

The day before, Borrell said the EU hoped to pass a sixth round of sanctions against Russia at the Foreign Affairs Council’s next meeting. read more