The UK government announced yesterday that TMr John Rankin CMG has been appointed Governor of the British Virgin Islands in succession to Mr Gus Jaspert. Mr Rankin, who is the current Governor of Bermuda will take up his new appointment in January 2021.

Rankin was educated at Hutchesons’ Boys’ Grammar School, the University of Glasgow, where he gained a first class honors degree in Scots law and later at McGill University he gained a master’s degree in international law.

He qualified and practiced as a solicitor in Scotland and was a lecturer in public law at the University of Aberdeen before joining the Foreign and Commonwealth Office (FCO) in 1988. Between posts at the FCO he served at the embassy in Dublin and was the consul-general at Boston.

He was sworn in as Governor of Bermuda on 5 December 2016.

His governorship of Bermuda has been generally uneventful, with the exception that he was drawn into a huge controversy over the legality of gay marriage in Bermuda during his term of office.

The island’s supreme court ruled in 2017 that such marriages must be recognized, but then the legislature passed a law outlawing gay marriages, but allowing domestic partnerships for either sex instead.

That vote came after a non-binding referendum in 2016 where majorities voted against same-sex marriage.

Rankin, as representative of the Queen gave “assent” to the bill, despite LGBT activists’ hopes that the colonial governing structure would stop the effort to repeal gay rights.

At the time Bermudian Minister of Home Affairs Walton Brown, whose party proposed the legislation, said that Britain “recognizes that this is a local government decision” and claimed that the law still protects the rights of gay couples.

Opponents claimed that the law breached the Human Rights legislation of 2013.

This domestic partnership law was then struck down in June 2018 by the Supreme Court and again in November 2018 by the Court of Appeal, and since the latter ruling same-sex couples have been free to marry in the territory.

However proponents of the new law have challenged these court decisions and the case is set to be heard in London in the Privy Council in February, 2021. The Privy Council is effectively the supreme court for decisions related to British Overseas Territories.

Rankin’s legal expertise will no doubt come in handy in the BVI, where issues like human trafficking and lawlessness have recently been cause for concern in government circles.

The announcement comes just two days after Bermuda was hit by hurricane Paulette, so Rankin should be well-prepared for his new post in the heart of the hurricane zone. 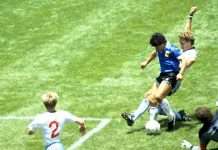