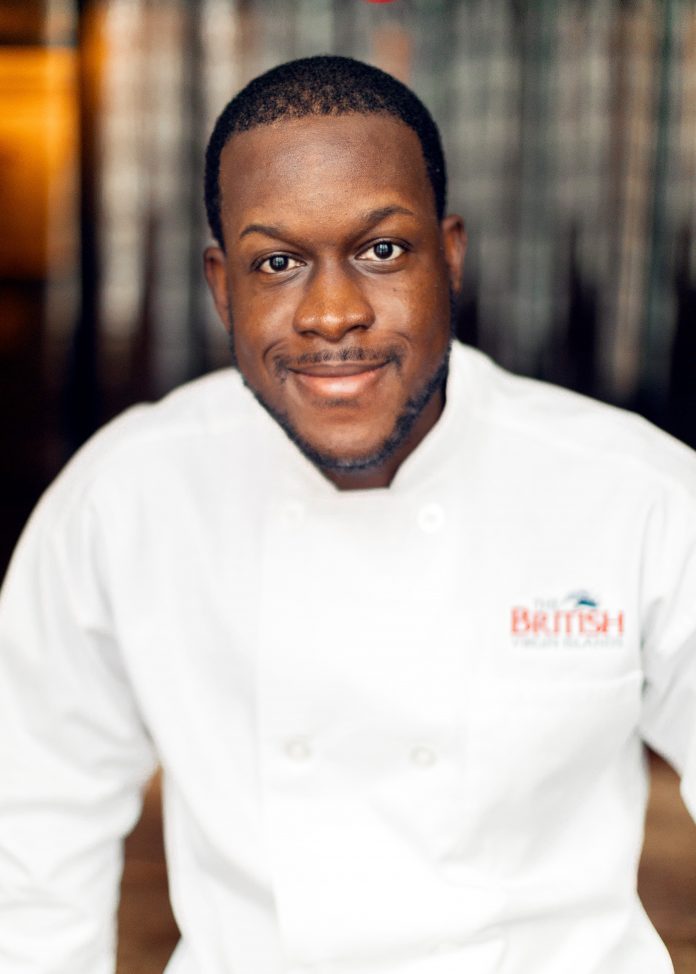 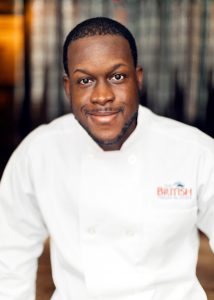 From the BVI Tourist Board

ROAD TOWN, Tortola, British Virgin Islands – Brentfield Lettsome’s love of the kitchen sparked at the young age of 6, when he would help his mom prepare family meals.  His favourite dish was macaroni and cheese with ground beef.  Fast forward 20 years to today, and “Brent” is one of the Caribbean’s young, up-and-coming chefs with enviable skills in preparing some of the Caribbean’s most exotic cuisines. His pursuit of his love for cooking has led to his selection as one of the chefs who will showcase his culinary talents as part of the Celebrity Chefs Programme for Caribbean Week New York June 3-9.

A line-up of Caribbean chefs will be making cooking demonstrations at the prestigious Bloomingdale’s 59th Street store to the delight of New Yorkers and visitors to the “Big Apple,” and Lettsome will take centre stage on Wednesday from 6-8 pm.

The 2010 valedictorian of the Culinary Program of the Technical and Vocational Education Training Program at H. Lavity Stoutt Community College, Lettsome was recruited as a junior chef on the 2011 B.V.I. Culinary Team. That team won a gold medal at the “2011 Taste of the Caribbean Culinary Competition” presented by the Caribbean Hotel and Tourism Association in Miami, Fla.

After working at the YCCS Yacht Club in Virgin Gorda, the Treasure Isle Hotel and Tropical Fusion Beach Bar and Grill in Tortola, Lettsome spread his culinary wings to New York after relocating after Hurricane Irma.

He is currently a lead line chef at Penelope NYC, a popular café, bar and bakery in New York City after a stint as line chef at The Fat Monk Restaurant, a gastropub operated by celebrity chef Rob McCue.

Lettsome says that he enjoys working at Penelope and would like to one day be head chef at a larger establishment or even his own restaurant. In commenting on his representing the Territory during Caribbean eek, he said “I am excited to share my cultural culinary expertise in an international arena with the hopes of joining my fellow chefs of the BVI in contributing to the boosting of culinary tourism.”

The territory will also be represented by a contingent from the BVI Tourist Board headed by the Director of Tourism Sharon Flax Brutus. During the week, the board will participate in several events, including a special faith-based revival event for the Caribbean, a marketing conference, a tradeshow and forum. The board sees this as an opportunity to showcase and market the BVI, reassure the travel trade of its presence in the market, and network with key members of the travel industry.

Known as a treasured destination, rich in undiscovered experiences, the British Virgin Islands (BVI) is an alluring archipelago comprised of 60 islands and cays located 80 kilometers (60 miles) east of Puerto Rico in the northwestern region of the Caribbean Sea. The main islands of Tortola, Virgin Gorda, Anegada and Jost Van Dyke have attracted travelers globally with its cultural Caribbean authenticity. Located in Tortola, Road Town is the British Virgin Islands’ capital.

Recently ranked “No. 1 Best Place to Visit in the Caribbean for 2017-2018” by U.S. News, the BVI is where nature’s best secrets are kept with an abundance of pristine beaches, azure seas, towering sage mountains and burnt-orange sunsets. It’s no wonder the BVI’s Virgin Gorda and Jost Van Dyke were featured on the “Top Islands in the Caribbean, Bermuda and the Bahamas” list in Travel + Leisure World’s Best Awards 2017.

Despite its status as a United Kingdom territory, the BVI uses the U.S. dollar as its official currency. For more information about the BVI, visit www.bvitourism.com.