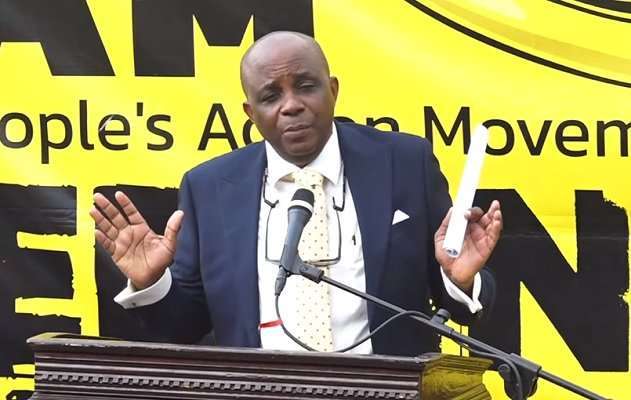 Lawyer Chesley Oniel Hamilton has been announced as the Peoples Action Movement candidate for constituency 8 replacing deputy prime minister Eugene Hamilton who held that seat since 2010.

Leader of PAM Shawn Richards said several individuals had indicated an interest in being the candidate.

Richards said Nikesha O’loughlin, Delwayne Delaney, Camilla Morris, and Former PAM  chairman Valentine Lindsay all applied to be the candidate for the area.

“They are all who would have made a great representative in this constituency.”

He said he was hoping to see all of them on the campaign trail assisting Hamilton as the candidate.

“We are pleased to announce Chelsey Hamilton as the candidate for the general election. In Chelsey, we have a fighter a man dedicated to service and a man whose loyalty is unquestioned.”

He said Chesley is one of the highest calibre candidates in this upcoming election.

“His work among people especially as a lawyer is well known.”

Hamilton said he was ready to stand with the people.

“Not because it is comfortable or convenient but because it has come at great sacrifice.”

He said he believes in law, order, peace and good government.

It was also announced he renounced Canadian citizenship to be eligible to run for the election.