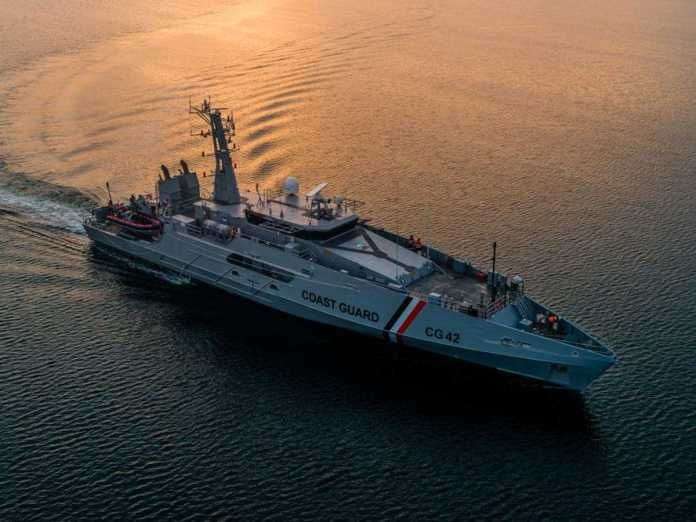 According to an official statement from the Coast Guard:

“While conducting patrols along the South Coast of Trinidad just after midnight on Tuesday 1st February 2022, TTS SCARBOROUGH detected a vessel which crossed the border between the Republic of Trinidad and Tobago and Venezuela. This vessel was subsequently pursued and was intercepted six nautical miles (6 Nm) south of Erin Point.”

The statement added: “This interception led to the discovery of 32 persons attempting to illegally enter Trinidad and Tobago. These persons have since been detained and processed in accordance with health and immigration protocols.”

The Coast Guard notes that TTS SCARBOROUGH (CG 42) and its sister vessel TTS PORT OF SPAIN (CG 41), both recently acquired Cape-Class vessels, have been making a significant contribution to the country’s border security.