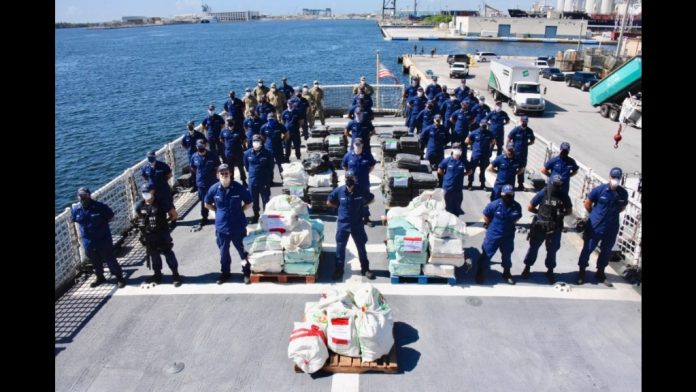 The US Coast Guard (USCG) Cutter Vigilant returned to its home in Cape Canaveral, Florida on Wednesday, following a 40-day mission in the Western Caribbean, with approximately 6,800 pounds of cocaine.

The drugs have an estimated wholesale street value of US$118.3 million, according to the USCG.

The drugs were seized from two drug vessels during a joint operation with the Colombian Navy.

The Vigilant’s patrol efforts were in direct support of the President’s enhanced counter-narcotics surge announced in early April.

“The fight against drug cartels in the Caribbean Sea requires unity of effort in all phases from detection, monitoring and interdictions, to criminal prosecutions by international partners and U.S. Attorneys Offices in districts across the nation,” the USCG said.

During their patrol, the Vigilant’s crew also participated in a counter-narcotics joint operation with the Armed Forces of Honduras.

Saving Mangrove Forests A Priority in the Dominican Republic