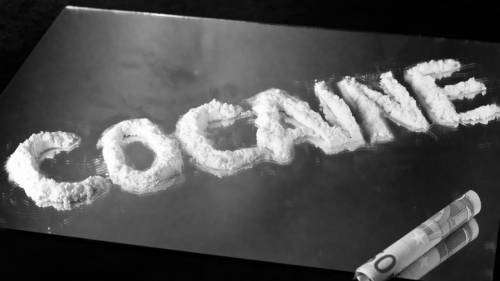 The British officials reportedly announced that they have seized more than 880 pounds of cocaine worth about $28 million from a boat in Caribbean waters off San Juan, Puerto Rico.

The cocaine was reportedly sprinkled with coffee grounds to disguise the cocaine’s scent from drug-sniffing K9 dogs.

The Royal Navy reportedly launched an operation to bust smuggled cocaine near the Dominican Republic late Thursday. Following a “tense chase,” three people were detained and more than 880 pounds (400 kilograms) of cocaine worth an estimated $28 million (24 million pounds) was recovered from a boat in San Juan, Puerto Rico, ABC News reported.

Authorities revealed that a gunnery team had sunk the boat. The officers said that they believe the boat had departed from South America on a common route followed by smugglers.

The cocaine bust was the second large drug bust reported this week, the Associated Press reported.

A few days before, on Wednesday, Oct. 26, the U.S. Coast Guard announced that they seized $26 million worth of cocaine near Puerto Rico.

In a similar but unrelated incident, two drug traffickers were arrested on Tuesday, July. 20, after the Maine Drug Enforcement Agency (DEA) discovered about four pounds of cocaine worth some $200,000, disguised as a sheet cake from the suspects’ vehicle, as previously reported.

John Cedeno, 25, of New York City, and Chelsy Cochran, 33, of Winslow, Maine, were apprehended in Gardiner following the discovery of a significant amount of controlled substances that they were allegedly preparing to distribute throughout the Kennebec and Somerset counties.

Cedeno was already under the Maine DEA’s investigation after they received an anonymous tip accusing him of distributing “considerable amounts of cocaine within the Central Maine area.” The agency subsequently received a tip-off informing them that Cedeno would be in the area and that he would be traveling in an Audi owned and driven by Cochran.

On Tuesday, July. 20, Cochran was allegedly driving Cedeno in her Audi before the state police pulled them over in Gardiner. A K9 dog was brought to search the car, yielding some four pounds of cocaine disguised as cake wrapped in a cellophane cake box with coffee grounds, as well as $1,900 in cash.

The street value of the cocaine retrieved from the suspects was estimated to be around $200,000.

The cocaine was reportedly sprinkled with coffee grounds to disguise the cocaine’s scent from drug-sniffing K9 dogs.