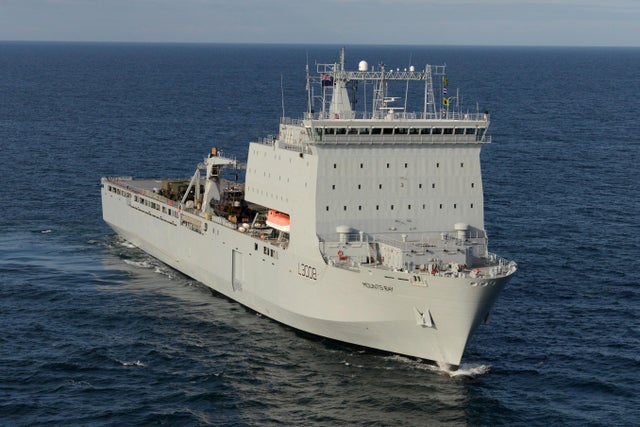 RFA Mounts Bay, which is based in the Caribbean, supported US Coastguards and American law enforcement in the massive drugs bust, American officials have announced.

The mighty Mounts Bay played a critical role in seizing the lion’s share of the drugs – 42 bales’ worth – during a raid 74 nautical miles south of St Croix, on the US Virgin Islands

Rear Admiral Eric Jones, commander of the Coast Guard Seventh District said: ‘These interdictions highlight the importance of working with our allied partners such as the United Kingdom Royal Navy, as well as our joint interagency collaboration with the Department of Defense and our local and federal law enforcement in the region.

‘These efforts, underpinned by our unwavering resolve to stop drug smuggling vessels at sea, greatly contribute to safeguarding our citizens in Puerto Rico and the US Virgin Islands and protecting our shared interests of a safer and more secure Caribbean.’

Speaking to The News, she said: ‘This is a great result for Mounts Bay. Disrupting the supply of drugs on the streets is important work and not easy.

‘They are doing an incredible job and I’m very proud of them all.’

Mounts Bay was involved in the first raid, on January 24. The ship was patrolling with US Coast Guard when two suspicious speed boats were spotted.

Almost £36m of cocaine was seized during two drugs busts last month, the US Coast Guard has revealed.

A coast guard helicopter was scrambled from Mounts Bay, supported by one of the ship’s pursuit boats.

A US coast guard boarding team, supported by crew members from Mounts Bay, boarded both vessels and seized 42 bales of drugs

A second raid took place just days later, on January 30, after a marine patrol aircraft spotted a target near Isla Beata, in the Dominican Republic.

A US cutter Bear along with a helicopter charged into action and stopped the speed boat before detaining two men and uncovering 13 bales of cocaine.

Bear delivered all the detained drugs – worth $46.2 (£35.7m) – and nine suspects to DEA special agents in San Juan, Puerto Rico, on Tuesday. 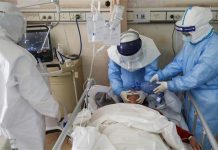 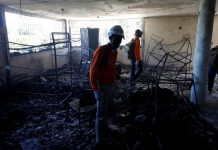 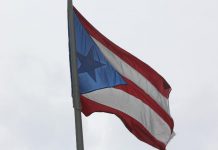