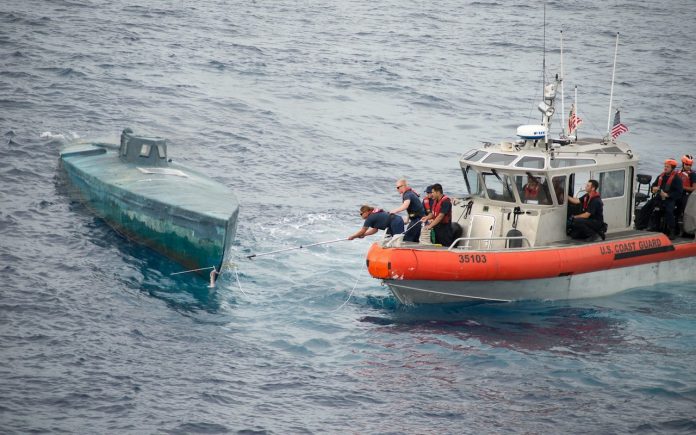 BBC– A submarine loaded with more than 2,000kg (4,409lb) of cocaine has been seized in Spain, police sources say.

They say two people were held after the vessel ran aground off Galicia’s coast in the north-west. A third person fled. They all are said to be from Ecuador.

Spanish media report that the submarine was from Colombia and police are trying to work out whether it sailed all the way from South America with the drugs.

Narco-subs have been used to smuggle drugs from Latin America into the US.

The semi-submersible was seized on Sunday off the coast of Aldán, south-west of the city of Pontevedra.

In July, dramatic footage emerged of the US Coast Guard boarding a self-propelled semi-submersible suspected to be smuggling drugs in the Pacific Ocean.

Despite the discovery in 2006 of a suspected “drugs” submarine off Galicia’s coast, such tactics are seen as relatively new for Europe.