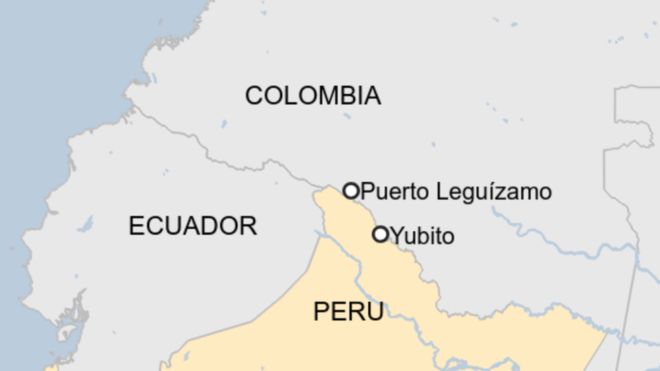 BBC- A Colombian mother and her three children aged 14, 12 and 10 have been found by indigenous Peruvians 34 days after they were reported missing, authorities say.

They said they had managed to survive by eating seeds, plants and berries.

The four had been on their way back from visiting relatives in a remote area near the Peru-Colombia border when they became disorientated and got lost. They are being treated in hospital for malnutrition and dehydration.

Colombian broadcaster Caracol said the woman, who has not been named, had arranged to meet her husband to travel back with him across the border to Colombia where they live. Her husband reported his family’s disappearance in Puerto Leguízamo after they did not turn up at the agreed location.

The woman said she had become disoriented half way through the journey and got lost in the area near the Putumayo river.

She and her three children spent the next 34 days walking through the jungle until they came across members of the Secoya indigenous group near the village of Yubito.

The Secoya alerted the Peruvian navy which in turn informed their Colombian counterpart, which sent a hovercraft to transport the family 180km (110 miles) upriver to Puerto Leguízamo in Colombia.

Footage broadcast on Colombian channel Caracol TV [in Spanish] showed the malnourished and dehydrated children being lifted onto the hovercraft and being reunited with their father who was waiting for them at the naval base in Puerto Leguízamo.

“If we didn’t have water every 30 minutes, we’d faint,” the mother can be heard saying. “We had to keep stopping all the time and the girls couldn’t walk anymore.”

Gen Sergio Alfredo Serrano of the Colombian navy said the four were covered in bites and stings as well as cuts to their feet.

They have been taken to hospital where they will be tested for mosquito-borne diseases such as malaria and yellow fever.