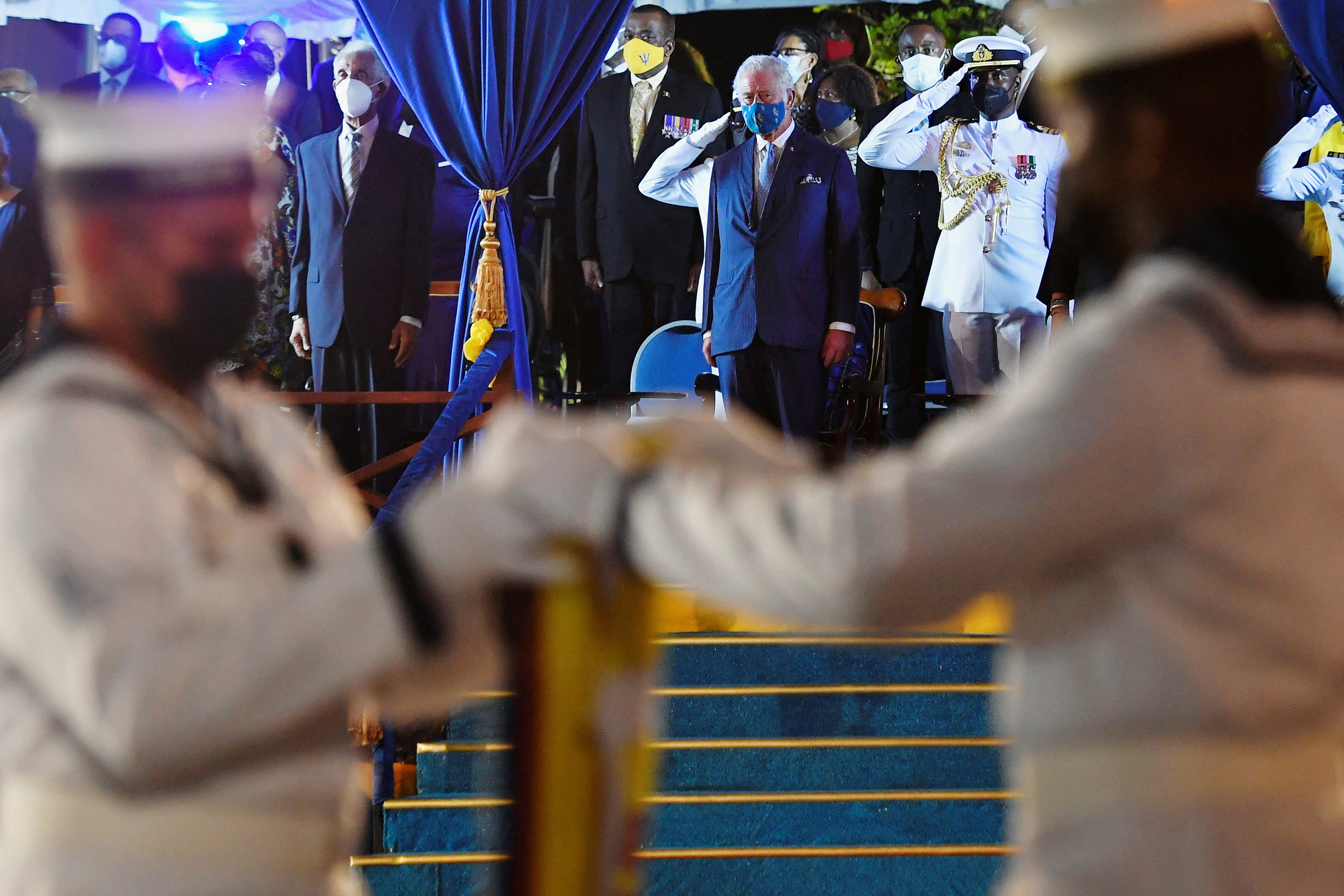 KIGALI, June 24 (Reuters) – Commonwealth leaders settled in 2018 that Britain’s Prince Charles should succeed his mother Queen Elizabeth as head of the organisation, but as they gathered again in Rwanda some Caribbean member states were not at ease with the decision.

The 54-nation club made up mostly of former British colonies presents itself as a partnership of equals and says the British monarch is not automatically its figurehead, yet so far the baton has passed from the queen’s father to herself to her son.

“It’s a matter that I think should be under review,” said Camillo Michael Gonsalves, Finance Minister from St. Vincent and the Grenadines, one of 12 Commonwealth member states in the Caribbean, a region where post-colonial ties with Britain are being questioned.

In November last year, Barbados ditched the queen as head of state, with Charles standing sombrely in attendance as the royal standard was lowered in Bridgetown. Since then, Jamaica has signaled it may soon follow suit. read more

Both nations remain members of the Commonwealth.

Caribbean ministers who spoke to Reuters on the fringes of the Kigali summit said they had no problem with Charles as a person, but were uncomfortable with the symbolism of a royal succession.

Courtenay said that with former French colonies Gabon and Togo poised to join the Commonwealth, it made even less sense for the leadership to pass from one British monarch to the next.

Camillo Michael Gonsalves, finance minister of St Vincent and the Grenadines, said it was at odds with the Commonwealth’s claim to be a modern, multinational institution.

“You don’t find that in any other major diplomatic body. And I think it’s an error that perpetuates some of the very unfortunate history of the Commonwealth,” he said.

He was referring to Britain’s imperialist past and role in the slave trade, painful legacies which tend to be brushed under the carpet at Commonwealth meetings.

“WE GLOSS OVER IT”

“It is difficult to understand that we were conceived as a grouping with this common tie of colonialism and exploitation and we gloss over it,” he said.

More than 10 million Africans were shackled into the Atlantic slave trade by European nations between the 15th and 19th centuries. Those who survived the brutal voyage ended up toiling on plantations in the Caribbean and the Americas.

“Because of the labour of our forefathers … these (slave-trading) countries developed wealth. I believe it’s time that there be some form of payback for what we suffered as slaves during these colonial times,” said Philip J. Pierre, prime minister of St Lucia.

Gonsalves said the Commonwealth summit should be grappling with the reparations issue.

“We have to use entities like the Commonwealth to move that conversation forward. Caribbean countries will certainly be discussing it in closed-door meetings but I think it’s something that should be part of the agenda.”

Calls for reparations from Britain have been getting louder in recent years, including by Jamaican activists who protested in Kingston during a recent visit by Charles’ son Prince William and his wife Kate. read more

William later acknowledged that the tour had “brought into focus questions about the past and the future”.

“Who the Commonwealth chooses to lead its family in the future isn’t what’s on my mind,” William said, the only public comment by a member of the royal family that alluded to the questions being raised about the Commonwealth succession.

“What matters to us is the potential the Commonwealth family has to create a better future for the people who form it.”