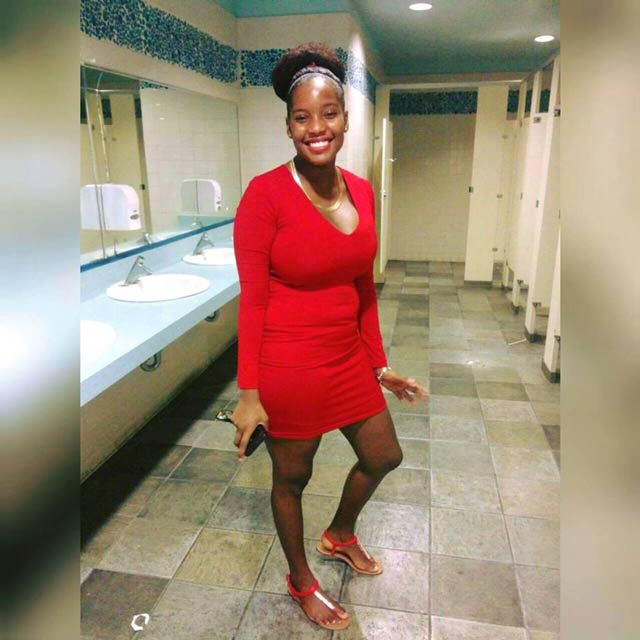 Basseterre, St. Kitts – Public concerns continue to grow for Leanna Napoleon, a teenager who has been missing for more than a week. Multiple search operations have proven to be unsuccessful.

Napoleon was last reported seen at Buckley’s Site and Fort Street on May 8 following writing exams earlier that day.

The 17-year-old Basseterre High School student is described as being 5 feet, 5 inches tall and is of medium build. She has long black hair.

Police, as well as members of the general public, have conducted searches in the surrounding areas where the teen was last seen. Missing person fliers have been distributed and displayed all over the island. A $25,000 reward has been offered for information about Napoleon’s whereabouts.

Terrance James, assistant commissioner of police responsible for operations, led the search, saying two searches had been conducted in the Buckley’s area and other extensive searches are planned.

“We have followed every lead, and will continue to do so until Leanna is reported safe,” James said. He appealed for the public to share any information they may have, explaining the police solicit the assistance of the public in this and all investigations. Anyone with information is  encouraged to pass the information to the police by calling any police station, calling Crime Stoppers at 1-800-8477(TIPS) or by using the SKN Crime Reporter App available on smartphones.

Social media campaigns by concerned individuals have sprung up in an effort to create awareness of the girl’s disappearance. However, some say those efforts have been met with individuals using the platforms to spread rumours and create unnecessary panic in the public.

One such rumour stated Napolean had been raped, then killed and that her body had been found, something police officials deny.

He then called on members of the public to not do anything that may adversely affect the investigation.

“Some of us are forwarding voice notes and some of us are sending messages left, right and centre,”he said. “I want to encourage us to stop, get on our knees and pray because the truth is it is only God who can bring us out of this.”

Speaking on his weekly radio programme, former St. Kitts and Nevis Prime Minister Dr. Denzil Douglas also made a strong appeal for the recovery of the teen.

“I want to use this programme to make a very strong appeal to Leanna Napoleon,” he said. “If you are listening to my voice, please, for God’s sake, go home. Your family members are deeply troubled and the citizens of St. Kitts and Nevis are deeply concerned about your safety and welfare.”

Douglas also called upon those who may know of her whereabouts or her condition to inform her family so that there may be closure in the matter.

“I want to say further, to all of us, and especifically maybe to those who are holding her or know of her whereabouts; for God’s sake, please release Leanna Napoleon,” he said. “And, if she is no longer of this world, could you please bring some information to the family, the police, to our fellow citizens so that there can be some closure on this particular matter.”