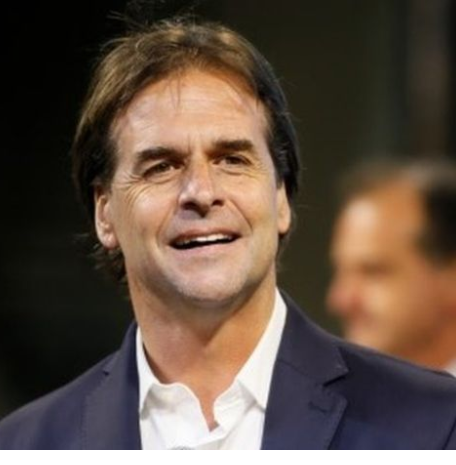 BBC– Luis Lacalle Pou has apparently won the Uruguay presidency in an election so close the final results still are notknown. With the official vote count almost finished, the governing party candidate in Uruguay’s presidential election has conceded defeat.

In a tweet, Daniel Martínez of the Broad Front coalition referred to his conservative rival, Luis Lacalle Pou, as the president-elect. Mr Lacalle Pou will take power on 1 March.

His victory will usher in a conservative government after 15 years of rule by the left-wing Broad Front.

Provisional results released shortly after the run-off election on Sunday suggested that Mr Lacalle had won 48.7% of the votes, compared to 47.5% for Mr Martínez. The difference between the two candidates was 28,666 votes.

The electoral court said that the result was so close it would not declare a winner until it had gone through more than 35,000 ballots cast by voters who could not make it to their assigned polling station.

Mr Martínez tweeted that the count of those votes did not change the preliminary results “so I greet the president-elect @LuisLacallePou, with whom I will have a meeting tomorrow. I thank everyone who placed their trust in us by casting their vote for us from the bottom of my heart”.

Who is Luis Lacalle?

The son of a former president, Mr Lacalle was described as a “rebellious” teenager who loved to surf and was not keen on the formalities of his father’s office while the latter was in power, according to media reports

While studying law, Luis Lacalle became involved in his father’s party, the centre-right Partido Nacional (PN, National Party), and in 1999 he was elected as a local assembly member.

He gained national prominence in 2011 when he was elected president of the House of Representatives.

He ran for the presidency once before, in 2014, but was defeated by the current president, Tabaré Vazquez. After his loss at the polls, he became a senator but continued to prepare his presidential bid for the 2019 election.

Mr Lacalle is conservative and very pro-business. He campaigned on promises to observe fiscal responsibility and reactivate the economy, criticising the “reckless spending” of previous governments.

He says he plans to put more police on the streets but also wants to tackle the high cost of living through austerity measures.

His critics say his government plans could put at risk social programmes that currently benefit many Uruguayans.

Getting Away From It All: Covid-19 Champs St. Lucia Now Welcoming Pandemic-Weary UK Tourists.