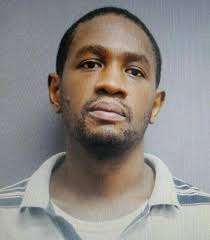 Convicted murderer, Jamaican National Alston “ Mark” Phillips, will be serving the rest of
his life in prison for taking the life of Lydia Jacobs in June 2017.

On Thursday (May 27), Justice Ermin Moise sentenced Phillips to life imprisonment, with
a minimum term of 35 years, for murder. He was also sentenced to six years and six
months for two counts of attempted murder.

The Observer asked the Director of Public Prosecutions, Valston Graham, why the death
sentence had not been imposed. He noted that in this case, he didn’t seek it.

Phillips was charged with the 2017 murder of Jacobs, and two counts of attempted murder
of Michelin Brooks and Erica Williams.

Jacobs, who lived in Church Ground, arrived home in the evening hours of June 2, 2017,
when her friends dropped her off after she finished work. The 37-year-old woman had just
stepped into her yard when an assailant opened fire on her and the vehicle that brought her home. Jacobs was taken to the Alexandria Hospital where she was pronounced dead.
Jacobs was the friend of Phillips’ ex-wife. The wife had previously roomed with Jacobs
and her children at Church Ground.

Phillips will be spending at least the next 35 years at Her Majesty’s Prison in St. Kitts.

Phillips’ sentencing signalled the closure of the Eastern Caribbean Supreme Court, Nevis
Circuit this week. Three cases that were traversed from past assizes were heard; those of
Loston Nisbett who was charged with possession of a firearm (not guilty); Sherman
Sinclair, who was charged with unlawful and maliciously setting of fire, and Kereece
Archibald, who was charged with embezzlement by the servant (pleaded guilty awaiting
sentencing).