The U.S. public health system has been starved for decades and it lacks the resources to confront the worst health crisis in a century.

At least 38,000 public health jobs have disappeared, leaving a skeletal workforce for what was once viewed as one of the world’s top public health systems. It’s left the U.S. unprepared to deal with a virus that’s sickened at least 2.6 million people and killed more than 126,000. This exclusive report is from Lauren Weber, Laura Ungar, Michelle R. Smith, Hannah Recht and Anna Maria Barry-Jester.

Dr. Anthony Fauci said America is “going in the wrong direction” with cases surging in some regions, putting the entire country at risk. With about 40,000 new cases being reported a day, Fauci said he wouldn’t be surprised if the daily count reaches 100,000 if things don’t improve.

US Virus Spread: Coronavirus first spread in the U.S. as a mostly coastal and big-city scourge, sparing many rural areas, small towns and even small cities. Translated into U.S. political geography: The virus hit Democratic areas first. But that has changed. An AP analysis of case data shows the virus has moved — and is spreading quickly — into Republican areas, a new path with broad potential political ramifications, report Bill Barrow, Kevin Vineys and Angelki Kastanis.

Nursing Homes: A report from U.S. Senate Democrats finds that the Trump administration was slow to comprehend the scale of COVID-19’s impact on nursing homes and a disjointed federal response only compounded the devastating toll, writes Ricardo Alonso-Zaldivar. A copy of the report, due to be released today, was provided to the AP.

The Ends of the Earth: COVID-19 has made its way to Timbuktu, whose name has long been synonymous with the farthest flung place on Earth. There are now more than 500 cases, and at least nine people have died, in this isolated town in northern Mali that lacks even a single ventilator for patients with the disease, reports Baba Ahmed from Timbuktu.

Lebanon’s Expats: With Beirut’s airport partially reopening, the government is hoping thousands of expatriates will return for the summer — and bring dollars desperately needed to prop up the cratering economy. But Lebanon’s far-flung diaspora, renowned as entrepreneurs who for years sent their cash home, may no longer be willing to do that as the nation undergoes multiple crises, reports Zeina Karam from Beirut. 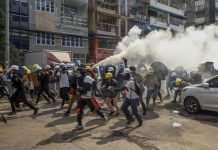 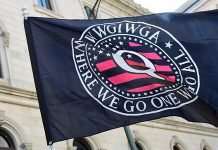