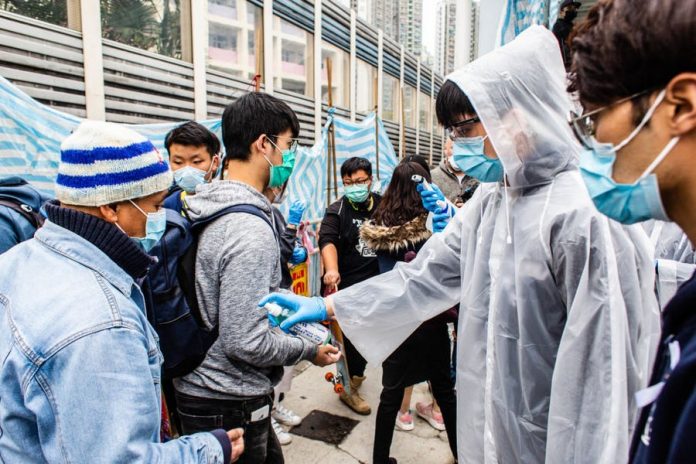 As the number of coronavirus cases jumps dramatically in China, a top infectious-disease scientist warns that things could get far worse: Two-thirds of the world’s population could catch it.

So says Ira Longini, an adviser to the World Health Organization who tracked studies of the virus’s transmissibility in China. His estimate implies that there could eventually be billions more infections than the current official tally of about 60,000.

If the virus spreads to anywhere near that extent, it will show the limitations of China’s strict containment measures, including quarantining areas inhabited by tens of millions of people. WHO Director-General Tedros Adhanom Ghebreyesus has credited those steps with giving the rest of China and the world a “window” in which to prepare.

Quarantines may slow the spread, but the virus had the opportunity to roam in China and beyond before they went into effect, Longini said. The country boosted its count of those infected by almost 15,000 on Thursday after widening the diagnosis methods.

Longini’s modeling is based on data showing that each infected person normally transmits the disease to two to three other people. A lack of rapid tests and the relative mildness of the infection in some people also makes it difficult to track its spread, he said.

Even if there were a way to reduce transmission by half, that would still imply that roughly one-third of the world would become infected, Longini said.

“Unless the transmissibility changes, surveillance and containment can only work so well,” Longini, co-director of the Center for Statistics and Quantitative Infectious Diseases at the University of Florida, said in an interview at WHO headquarters in Geneva. “Isolating cases and quarantining contacts is not going to stop this virus.”

He’s not alone in warning of the possibility of a far greater spread. Neil Ferguson, a researcher at Imperial College London, estimated that as many as 50,000 people may be infected each day in China. Gabriel Leung, a public health professor at the University of Hong Kong, has also said close to two-thirds of the world could catch the virus if it is left unchecked.

The estimates of spread are part of a spectrum of possibilities that could unfold as the epidemic progresses, said Alessandro Vespignani, a biostatistician at Northeastern University in Boston. The next few weeks may provide more information about how easily the disease spreads outside China, particularly if more measures are put in place to control it, he said.

“People change behaviors” in response to disease, he said. “This is kind of a worst-case scenario. It’s one of the possibilities.”

More data need to be gathered to gain a better idea of how far the virus is likely to range, said David Heymann, an infectious disease expert at the London School of Hygiene & Tropical Medicine who oversaw the WHO’s response to SARS in 2003. “We’re seeing countries outside of China that have been able to contain the outbreak pretty well.”

“I’m not saying they’re wrong,” he said of estimates from the likes of Longini and Leung. “I’m saying the models will be refined as more information comes to light.”