AP- Calfornia Governor Gavin Newsom and others are at odds with President Donald Trump’s announcement Tuesday that he wants the United States “opened up and just raring to go by Easter” — some two weeks away and far sooner than medical experts expect the fast-spreading outbreak will begin to diminish.

Noting that results are still pending for thousands of Californians who have taken the virus tests, the governor said it will take at least until May to determine if quarantine and testing measures have reduced the spread of the virus enough to consider modifying tough stay-at-home orders.

Los Angeles Mayor Eric Garcetti said his city might see a surge in coronavirus cases based on the ferocious outbreak in the New York area.

“We are anywhere from about 6 to 12 days behind what we are seeing in New York City … where more than one American is dying each hour,” Garcetti said Tuesday.

“Everybody is hopeful and some are putting out that hope of us being back in churches by Easter or synagogues by Passover, of restarting the economy in a couple of weeks,” Garcetti said. But in Los Angeles, he added, “we will not be back to that normal in that short period of time. I said to be prepared for a couple of months like this.”

A tally by Johns Hopkins University on Tuesday found California cases have topped 2,500, with at least 50 deaths.

For most people, the new coronavirus causes mild or moderate symptoms, such as fever and cough that clear up in two to three weeks. For some, especially older adults and people with existing health problems, it can cause more severe illness, including pneumonia and death.

Anticipating more hospitalizations and deaths, California and local governments have been scrambling to obtain gloves and safety gear for healthcare workers and ramping up the number of available hospital beds for virus patients and emergency beds for the homeless, who are considered at a disproportionate risk.

“Here in San Francisco, we had private companies go out and get masks and (personal protective equipment) in general to go out support our health care workers. We have had to basically be innovative and work with the private sector to try and get the resources we need,” San Francisco Mayor London Breed told KGO-TV Tuesday. “The federal government just isn’t moving fast enough.”

Newsom announced that the 1,000-bed Navy hospital ship Mercy was on its way to Los Angeles from San Diego and would arrive Friday and could be ready as early as Saturday to provide care to non-coronavirus patients in order to ease the crush on hospitals.

The governor also announced new measures aimed at reducing the spread of the virus in state prisons. He halted new admissions to prisons for 30 days, a move projected to lower the population by more than 5,000 inmates after one convict and seven prison employees tested positive for the coronavirus.

His executive order responded to advocates’ increasingly dire warnings of a lethal danger in facilities holding about 123,000 inmates, some stacked in bunks in dormitories and others paired in cells about the size of a parking space. Newsom did not order any earlier paroles, though his action is likely to speed releases of lower-level offenders from county jails that already have freed hundreds of inmates in response to the pandemic.

Throughout the state, lawmakers pleaded with Californians to abide by local and state stay-at-home orders affecting some 40 million people. While most people and businesses were obeying the orders, there were hints that authorities were losing patience with scofflaws.

Reports of people frequenting beaches and parks without maintaining a safe social distance prompted Newsom to close parking lots at those facilities.

In San Diego, patrolling police were reportedly stopping people from walking on the sand at beaches.

In Los Angeles, the mayor said there have been reports of so-called nonessential businesses ignoring orders to shut down.

While he hopes for voluntary compliance, those ignoring warnings could face misdemeanor charges and the city could shut off the business’s water and electricity, Garcetti warned.

Such businesses are “irresponsible and selfish … it will put all of us at risk,” Garcetti said. 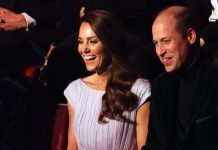 Costa Rica, Bahamians Among 5 Winners of First ‘Save the Planet’ Earthshot Prizes 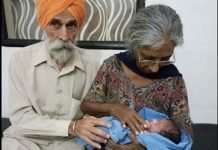 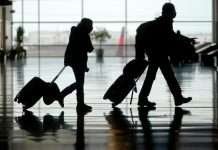 US Open to Vaccinated International Travelers from Nov. 8