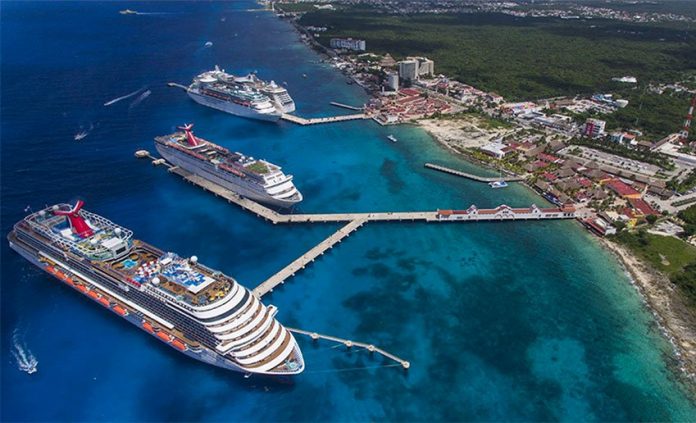 The Mexican tourist resort of Cozumel is proposing its first tax on cruise ship passengers. But the island off Mexico’s Caribbean coast says it would only charge the equivalent of 65 cents per passenger.

The municipal government of Cozumel says the Environmental Care Tax would be used for security, environmental and civil defense projects.The government said Wednesday the tax is “a historic event and an act of social justice for Cozumel residents.” The tax must still be approved by the legislature. The island is the third-busiest cruise ship port in the world, and is visited by about 1,250 cruise ships each year.

For the first time ever, more than 1,300 cruise ships will visit the resort island of Cozumel this year, predicts the chief of the Quintana Roo Port Administration authority.

Alicia Ricalde Magaña estimated that close to 5 million cruise ship passengers will set foot on the Caribbean Sea island, making it one of the most visited tourist ports in the world.

The number of cruise ships and passengers visiting Cozumel has been on the rise for the past three years.