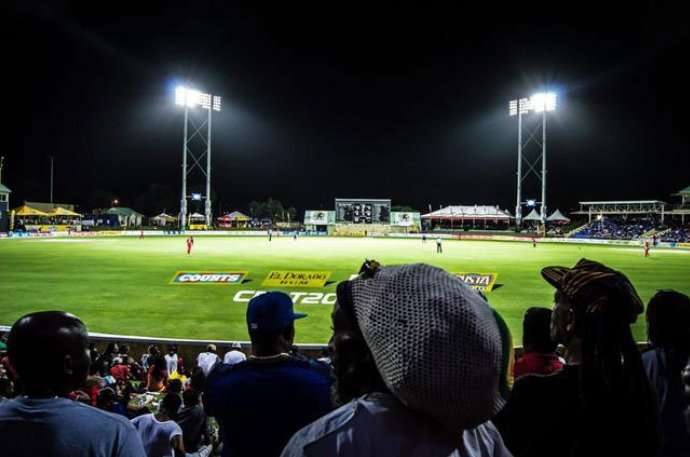 A summer of exciting cricket is promised when the Caribbean Premier League (CPL) rolls into town next month and welcomes back fans into the stadium for the first time since the pandemic.

Chris Watson, Head of Marketing for CPL, told the Observer in an exclusive interview that they are excited to be coming to St. Kitts and Nevis, and are extremely grateful for the level of support they have gotten and the level of relationship with the government.

“Not just this year in the build-up, but over a number of years of coming here. Thanks to that type of working relationship, we are able to bring the entire tournament here this year.”

He said being in the middle of a pandemic has been a challenging year with putting on a cricket tournament, and flying people around the world to allow that to happen.

“We are really looking forward to getting into the process of putting on a world-class cricket tournament and giving fans in St. Kitts and Nevis and around the world a real spectacle.”

Watson said he was confident about being able to stage a successful tournament in St. Kitts at Warner Park.

“One venue can be a challenge. We have thrown in world-class ground staff, and a consultant who has arrived in St. Kitts and is working very closely with all the staff at Warner Park to ensure the pitches are prepared to the highest possible standard and enable the best quality of cricket.

“We believe the pitches will hold up and will be fine, and we will rotate them accordingly, to make sure the cricket is as sparing as possible to the pitches.”

He hailed Warner Park as always being an exciting venue for CPL games.

“You think of Warner Park you think of sixes flying out of the stadium…you think of the phenomenal atmosphere of fans right on the boundary, and one of the best places in the world to watch cricket.

“That was in our thinking when scheduling the tournament. St. Kitts is a location we love, and we can’t wait to come back. And the fact that we will have some fans here, we think it is going to be a spectacle for those who are coming to the games.”

The marketing official said that protocols to keep the competition safe will be in place for the entire tournament.

“We are bringing a cohort of somewhere between 250 to 300 persons into St Kitts, and will be maintaining those persons in a biosecure bubble. We will be isolated from the rest of the population. People will be undergoing tests before they arrive in St. Kitts, tests when they arrive during the quarantine period, and there will be multiple tests during the duration of the stay to ensure everyone comes in negative and stays negative.

“We will be maintaining that biosecure bubble, so while we are here we won’t be interacting with the wider population.”

He told the Observer that it is anticipated the majority of the cohort will be fully vaccinated.

“If there are any persons in the Cohort unvaccinated, whether it be because of their age or lack of availability where they came from, the protocol processes are being finalised and can’t be shared at this stage, and will be different processes. For anyone who isn’t fully vaccinated, they will have a longer quarantine period.”

He said the CPL’s operations team is working with the Chief Medical Officer to plan the protocols for the tournament.

Watson also spoke to the atmosphere fans who attend games can expect when at the CPL this season.

“Without fans, CPL is a very different proposition. We have world-class cricketers, but what really sets CPL aside from other tournaments on the global calendar is the fans and the carnival atmosphere the fans bring.

“We certainly want to continue that…we want pumping music, we want good moves, and have everyone have fun whilst being responsible and taking responsibility for the fact that we are in a pandemic, and encouraging people to be safe.”

The CPL schedule was released on Wednesday, and features multiple double and triple header days. Watson gave the rationale for the type of schedule.

“The schedule was formulated with a number of considerations in mind. First of all, we want as many games as possible that are attractive times for the fans to be able to come and attend. As well as evening and weekend games scheduled with fans in mind. We had to factor in the condensed window with more tournaments to be played.”

The tournament would also be played during the peak hurricane season, and Watson said the scheduling gives them the luxury to delay games.

“We have only really lost one game a year over the last couple of years. It has been largely unaffected by the schedule, and we do have the luxury of delaying start times if we need to if there is bad weather. We certainly don’t want to lose a ball of cricket to the weather, and hopefully, we won’t.”

The CPL bowls off on August 26 and end on September 15.